Saakasvili’s return to Georgia is not a triumph of democracy 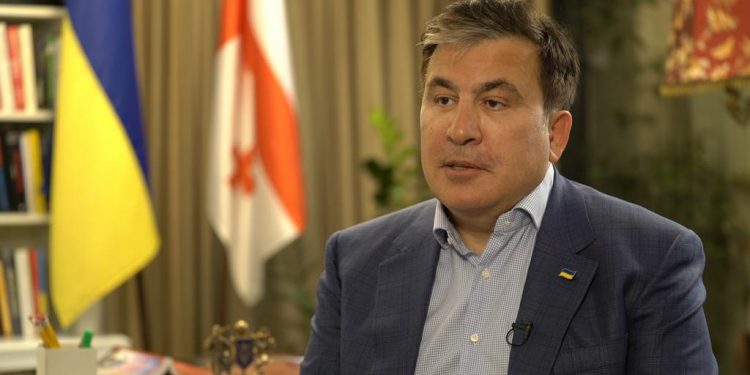 Brussels (Brussels Morning) Georgians go to the polls on 31 October, among their choices a candidate whose name is familiar in the West, yet someone whose candidacy hardly represents a triumph for Georgian democracy. I refer, of course to former President Misha Saakasvili.

The country’s legislative elections have not received much attention in the West, not least because of the pandemic and the headline-dominating role of next week’s US elections.

I have been following Georgian politics since 1991. After the country gained independence, I became Georgia’s first lobbyist in Washington, then parliamentary adviser. I was eventually decorated by President Eduard Shevardnadze, awarded the “Order of Honour” for my efforts in support of Georgia’s integration with Western democracies. To this day, I follow the news in Georgia closely.

Georgia’s regional significance has never been more salient than it is today. The conflict in Nagorno-Karabakh underlines the importance of Georgia’s traditional role as a mediator and a balancing influence in the South Caucasus. Georgia maintains good relations with both sides of the conflict and has offered its diplomatic resources to faciliatate a ceasefire and to host discussions and negotiations.

Georgia’s status as a vital trade hub continues to expand with the development of its ports and transportation infrastructure. Moreover, its political measured approach to the pandemic has been an example to the world. The US-supported Lugar Laboratory of the Georgia CDC and Georgia’s significant medical resources have also played a significant regional role, especially in Armenia.

Georgia has spearheaded Western orientation and democratic reforms in what was formerly Soviet space. As an independent nation, Georgia is unabashed in its aspirations to become a full-fledged member of both the EU and NATO.

These parliamentary elections will usher in a new phase that will end the political life of one of Georgia’s most recognized politicians who appears to have overplayed his political hand yet again , namely Misha Saakasvili.

The legacy of Mikheil (Misha) Saakashvili, two-term President of Georgia and one-time Governor of Ukraine’s Odessa Oblast, is worth examining given Georgia status as a key ally of the US and NATO countries in a critical part of the world.

Saakashvili has always been a larger-than-life figure. Charismatic and hugely energetic, widely recognised as a fast-talking politician, brimful of ambitious ideas, he was equa.lly renowned for his proclivities, proclamations and predictions. While he presented himself as his people’s saviour, there has always been a recklessness to him that I, for one, would describe as destructive.

Against the advice and recommendations of health and governmental authorities, “Typhoon Misha”, as I prefer to call him, insisted on holding a 5,000-plus-person rally in Batumi, the Black Sea vacation spot that was already the epicentre of a coronavirus infection spike following the summer holiday season.

The October rally by his United National Movement (UNM) party tragically and irresponsibly exposedmany more to the virus. Zaal Udumashvili, a UNM leader, noted that there were too many people in Batumi, that there was no social distancing and that many UNM supporters were not wearing masks.

According to “Typhoon Misha”, the government is to blame for Georgia’s unprecedented second wave of COVID, a situation he attributes to a combination of corruption, double standards, and lies.

In fact, the Georgian government’s disciplined approach to the pandemic has produced one of the world’s lowest infection rates. Sadly, with Saakashvili the rhetoric is always extreme: the government is corrupt, the sky is falling and only he can save the nation. It’s become his signature tune.

After the rally, Saakashvili proclaimed, Leninist-style, that, “the National Movement is ready for mass mobilization… [that the] meeting of the United National Movement and the United Opposition Power in Unity in Batumi was a very big, very exciting demonstration of the unity of people!”

It is not often in political life that a major figure is provided with a serious political opportunity to redeem himself from humiliating defeat. Facing term limits in 2012, Saakashvili decided to change the Georgian constitution in order to remain in power – potentially for life. His gambit failed. A humiliating defeat in the parliamentary elections saw him fleeing the country to avoid prosecution for abuses of power.

He was provided safe haven in the Ukraine where President Poroshenko offered him citizenship to protect him from extradition to Georgia. He also benefited from a government appointment to implement reforms and an anti-corruption programme in the Odessa region on the Black Sea. With little understanding of the situation in Odessa, he proceeded to apply the methodology he had used in Georgia. He even recruited Georgians who had served in his government back home to join him in Odessa.

In one public relations campaign video, an overweight and clumsy ex-President of Georgia can be seen ineptly demonstrating police methods. Shown on local TV, it made him a laughingstock. He somehow managed to acquire a luxurious penthouse in Odessa which, when asked how he could afford so expensive a dwelling, he claimed his mother had purchased for him.

Next, “Typhoon Misha” decided to start a political party in Ukraine to challenge President Poroshenko, the man who had saved him from prosecution in Georgia. He founded an anti-corruption party, was stripped of his Ukrainian passport, ending up stateless for a time, until his passport was restored by President Zelensky.

Money without a trail

But Saakashvili still has Georgia on his mind.

There was a time that “Typhoon Misha” had a partner who could restrain his excesses and serve as a moderating influence. Progress was achieved. Unfortunately, Zurab Zhvania died tragically in mysterious circumstances, ultimately unleashing the authoritarian and messianic impulses characteristic of present day Saakashvili.

This is the man who recently lectured the US Secretary of State saying, “I am generally seen as the most prominent, consistently pro-American voice in this entire region… It is therefore an absolute waste of time for the U.S. Secretary of State to engage Gakharia (Prime Minister of Georgia) in a conversation about democracy.”

Profiled in the New York Times as another former president in New York exile, the article noted that he “has commandeered his uncle’s apartment (a former Soviet UN official) in a tower on the Williamsburg waterfront, where he luxuriates in the neighborhood’s time-honored tradition of mysteriously sourced wealth.” How, one might also ask, does the out-of-office UNM leader manage to sustain a lobbying effort in Washington, DC for $500,000 a year with the help of well-known Republican activists? .

As the Georgian parliamentary elections approach, 2020 could mark the end of at least this political phenomenon. As with elections elsewhere around the world this year, the outcome of those in Georgia will be determined in some measure by a simple question: How did your government handle the pandemic?

And in Georgia’s case, contrary to the rhetoric of “Typhoon Misha”, coronavirus was handled in exemplary fashion.

Saakashvili’s vehement condemnation of the current Georgian government plus his promise to build the Trump Tower in Batumi, brings to mind Ralph Nader’s dismissal of the Chevy Corvair automobile — “unsafe at any speed.”