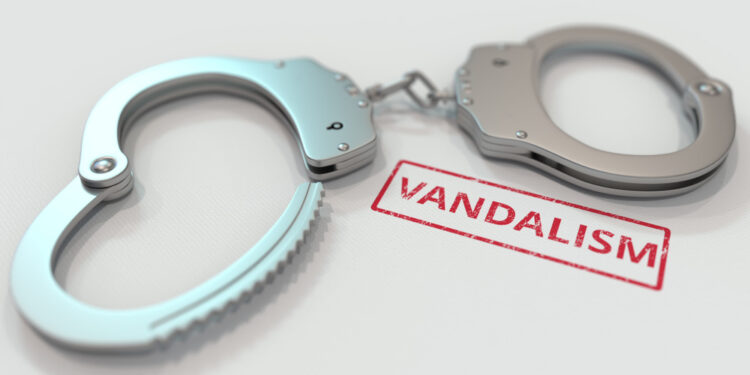 Brussels, (Brussels Morning)- RSC Anderlecht are not pleased with the violence that took place on Wednesday evening in restaurant Le Falstaff on the Beursplein. It was a confrontation between supporters of football club Anderlecht and the Young Boys Bern from Switzerland. “We express our support for the restaurant in question.”

Restaurant Le Falstaff on Beursplein was vandalised by hooligans on Wednesday evening. Surveillance images show how about thirty masked men throw tables and chairs through the window of the brasserie. According to the police, it was a confrontation between supporters of football club Anderlecht and the Young Boys Bern from Switzerland.

“23 Swiss have now been administratively detained,” said South Zone police spokeswoman Sarah Frederickx. “That means we can kick them out of the country and they may soon be dropped off at the border. The majority of Anderlecht supporters have also been identified in the meantime.”

The match on Thursday evening is considered a risky match. “Every European match carries a higher risk because there are foreign teams. Virtually all the measures we are taking now, such as extra searches or additional capacity, would have been taken without yesterday’s incident.”

The police spokeswoman indicates that two buses with supporters from Switzerland were intercepted by the police. “The aim was to escort the buses directly to the stadium to avoid getting into certain confrontations.” It is not known whether this measure was also planned before the violence in Le Falstaff took place.

Football club Anderlecht regrets what happened. “All forms of violence are intolerable,” said spokesman Mathias Declercq to a BRUZZ reporter. “RSCA also expresses its support for the restaurant in question. This is intolerable.”

Avoiding such incidents in the future is not always easy. “In the first instance, the club is mainly responsible for the stadium and a certain perimeter around the stadium,” it sounds. “We are also in close contact with the police. Tonight’s match is considered a risk match and we are on high alert. But of course we don’t have full control over all supporters.”

“Amokmakers are absolutely not welcome here. I see no point in making short work of hooligans who do nothing but cause damage,” said State Secretary for Asylum and Migration Nicole de Moor (CD&V). The 23 Swiss hooligans have therefore been ordered by the Immigration Department (DVZ) to leave the territory.

The chief of police of the Brussels police zone contacted the Immigration Department to discuss what could be done with these people. The Immigration Office has made an individual decision for each of these 23 persons. They were ordered to leave the territory on the basis of disturbing public order.

If they don’t, they can be transferred to a closed center and removed from there. If they do not voluntarily comply with their order to leave the territory, an entry ban will be taken, refusing them entry to our territory for 3 years, the State Secretary clarifies.