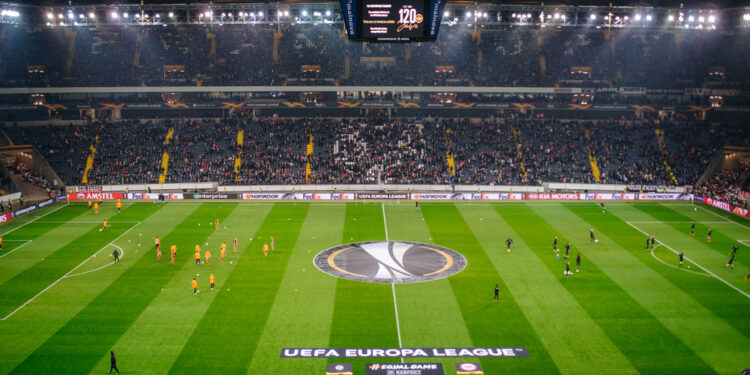 Brussels, (Brussels Morning)- With the draw for the group stage of the Europa League approaching, Union SG has already reached an agreement with OH Leuven for the lease of the stadium ‘King Power at Den Dreef’ in Leuven. The three home games in the group stage will take place in Leuven.

The draw for the group stage for the Europa League will take place this Friday, August 26. “We received a lot of positive reactions from our fans after the thrilling evening and victory against Rangers FC in Leuven,” said Union CEO Philippe Bormans. “We are therefore satisfied with this agreement with OH Leuven for the lease of the stadium.” The Brussels club tells BRUZZ about this .

As a reminder: Union is not allowed to play European matches in its own stadium because it is not suitable for that. The classified building cannot be extended, making it suitable for European competitions. Union is therefore looking for a location for a brand new stadium. At the moment, the Brussels agency perspective.brussels is studying the track of the Bempt site. Mobility studies are being carried out for this.

That Union cannot play in its own stadium “of course remains a shame,” Bormans acknowledges. “It proves that the need for an own stadium is high, also for the matches in the Jupiler Pro League.” Now it is hoped that the fans will flock to Leuven for the European Thursday evenings. “We will be able to create the familiar Union atmosphere there,” Bormans promises.

The CEO of OH Leuven, Peter Willems, is also satisfied with the decision. “We are happy to help Union SG to complete their UEFA Europa League group stage matches at King Power at Den Dreef stadium. After the first successful collaboration for the game against Rangers, there are now three more games to come.” The Leuven club takes proactive measures to limit any nuisance. “In addition, we will use part of the revenue for our community work and also give something back to our neighborhood. We are all going to make it a football party together.”

The match dates of the six group stage matches have already been announced. Normally, there will be more clarity about the home and away matches in the days after the draw. The match days are September 8 and 15, October 6, 13, 27 and November 3.