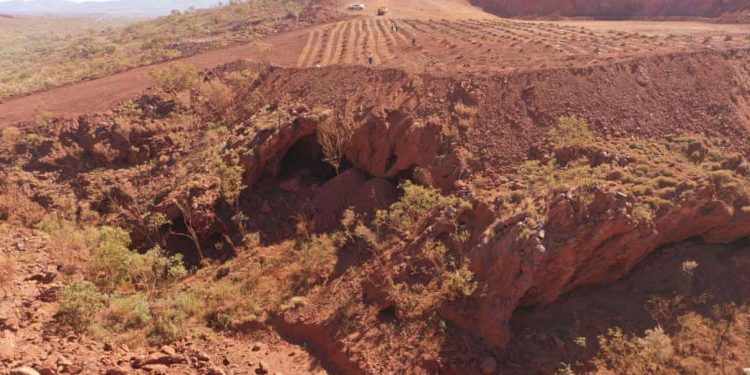 The traditional owners of Juukan Gorge say Rio Tinto’s submission to a parliamentary inquiry into the destruction of two of their sacred sites has “deepened our hurt” and caused them to “question the foundations of our relationship”.

Two rock shelters in Juukan Gorge, one of which showed evidence of continual occupation by the Puutu Kunti Kurrama and Pinikura people (PKKP) over 46,000 years and was rated as being of the highest archeological significance in Australia, were destroyed in a mining blast by Rio Tinto on 24 May.

Rio Tinto had permission under the Western Australian Aboriginal Heritage Act to destroy the rock shelters, which were on the edge of its Brockman 4 iron ore mine. It detonated the blast on 24 May despite an urgent request from the PKKP to save the rock shelters, because it said it was too late to safely remove the explosives.

The Rio Tinto chief executive, Jean-Sébastien Jacques, told a hearing of the parliamentary inquiry on Friday that the company had three options to design the mine pit in a way that would not damage the sites but chose a fourth option which involved damaging the rock shelters in order to access an additional $135m worth of high-grade iron ore. Jacques said the PKKP were never informed that there were other potential options for the mine which would have preserved the sites.

PKKP Aboriginal Corporation spokesman, Burchell Hayes, said the PKKP were already “deeply hurt and traumatised by the desecration of a site which is incredibly significant to us and to future generations”.

“Rio Tinto’s submission to the parliamentary inquiry has deepened our hurt as we understand the true extent of the dysfunctional process which led to this desecration and has belittled our heritage,” Hayes said.

“The information tabled to date leads us to question the foundations of our relationship with Rio Tinto. In particular, we regret the lack of value being attached to the land we had entrusted to them, beyond short-term financial gains.”

Hayes said that he, his family, and elders were continuing to mourn the loss of the rock shelters, and said that healing is “slow and painful”.

“Our trust in the system and our partners has been broken completely,” he said. “I hope that some good can come out of our pain as we all work to build a new future for ourselves and future generations. At the same time, we are committed to working with Rio Tinto and other stakeholders to build a positive legacy. We would like to see a true commitment from Rio Tinto to do the same.”

Jacques said on Friday that repairing the relationship with the PKKP was the company’s “highest priority”.

The PKKP is yet to make a submission to the federal inquiry, but said it would do so in the coming weeks. The group is bound by a number of confidentiality clauses in its partnership agreements with Rio Tinto, which confer financial benefits on the PKKP in exchange for a promise not to oppose applications by the company to destroy heritage provided the company makes reasonable effort to minimise damage.

The inquiry chair, Warren Entsch MP, said the committee had received permission from the Western Australian government to enter the state, despite the hard borders that remain in place due to the coronavirus pandemic, to hold an on-country meeting with the PKKP.

The WA Aboriginal affairs minister, Ben Wyatt, told the inquiry that he was finalising the draft of the new version of the Aboriginal Heritage Act to be publicly released in a few weeks. It will replace the antiquated 48-year-old legislation.

He said the new legislation would give traditional owners greater powers of consultation and the right to appeal, allow certain areas of high heritage value to be protected from destruction, and also give him, as the minister, power to order a stop to works that might destroy a site at the request of traditional owners.