Rich tax gives new life to Labour-* Day: this is what to do on May 1 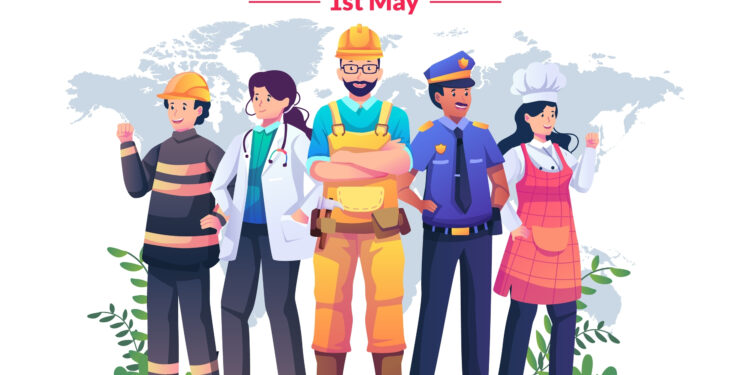 It’s May 1 again on Sunday. This year there is no long weekend or extra rest day in the middle of the week, but quite a few events. The socialist parties organise various meetings according to pre-corona habits. On the Varkensmarkt, the Anneessensplein and even the Kunstberg.

Labour Day is traditionally the day when the socialist parties and their voters come together and reiterate their demands. On Sunday and in the coming weeks, the focus will mainly be on a possible new wealth tax. This makes the socialist holiday more topical than ever.  As reported by BRUZZ, the things to do in Brussels:

After an absence of two years, One.Brussels’ One.May festival is back, albeit at a new location: the Varkensmarkt. The space in front of the Bronks theatre will be furnished in true festival fashion. A feast for Brussels and its workers, with exclusively Brussels artists.

At 11 a.m., a debate on undocumented workers in Brussels will first take place at the Randstad building in Molenbeek. Then a march will leave at 12.45 pm towards the Varkensmarkt. Under the musical accompaniment of “the brutal noise makers” of BRUTAL.

Labour Day chooses a new location. Due to the metro works on the Rouppeplein, the socialist festival is moving to the Kunstberg. The kick-off is with a debate about current social needs. Followed by a conversation about the feminist and trade union challenges.

Here too, music will reverberate through the loudspeakers from 3 p.m. An association village is set up throughout the day, where drinks and food are available. Children can enjoy all kinds of activities from 1 pm to 8 pm. Finally, there is also a photo exhibition about the African trade union struggle.

May 1 celebration with Raoul Hedebouw

The PVDA/PTB then takes to the streets again with a clear message: block the prices. It is also the first that Raoul Hedebouw speaks as chairman on 1 May in Brussels. After the speech and some cultural activities, this mass also leaves for a procession, towards the Kunstberg. There they will join the Labour Day, organised by the trade unions.

But before all this revelry can take place, the trade unions and organisers of the Labour Day are calling on the Poelaertplein to gather. At 11 am they want to take over the streets of Brussels from there to reinforce their future agenda items. Under the motto: the struggle against capitalism.