Waste collection continues to be disrupted after strikes 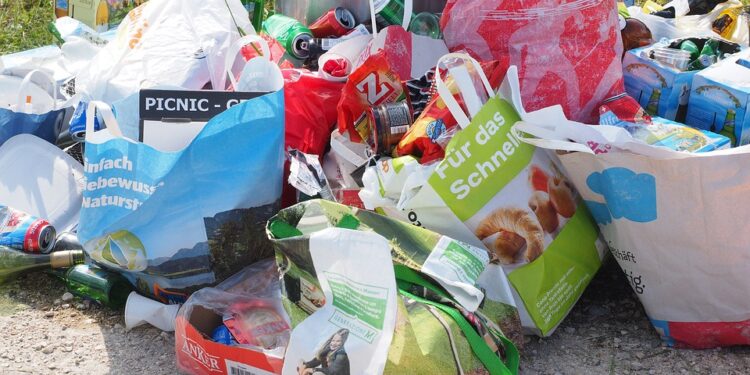 BRUSSELS (Brussels Morning) – Waste collection in certain Brussels neighbourhoods has been disrupted for a week due to strikes. The delay is particularly noticeable in the collection of not only yellow bags, but also orange and green bags.

The slowdown started last Thursday with the national rally for purchasing power. Employees of Brussels Net took part, as a result of which several garbage rounds could not take place. A day later, a group of garbage collectors went on strike again because of the climate demonstration. Meanwhile, in some Brussels neighbourhoods, the waste has been on the street for a week.

This mainly concerns waste paper (yellow bags) in Jette, Ganshoren, Woluwe-Saint-Lambert, Etterbeek and Evere. In Saint-Gilles, Laeken and Ixelles, a quarter to a third of the orange bags are still on the street. Net Brussel is now organising a catch-up movement with extra collection rounds.

“The white bags for residual waste have all been collected this week, but we are indeed still delayed for the yellow, orange and green bags,” says spokesperson Etienne Cornesse of Net Brussel. “To make up for the delay, garbage collectors from other teams had to reinforce the yellow collection teams. A union has refused to do so,” says Cornesse.

It concerns the liberal trade union SLFP. “We will not oblige our members to do evening work after their normal day job,” union representative Razia Omar said of the requested reinforcement.

That is not correct, says Net Brussel. “It concerns a replacement of their regular tasks during the day,” said spokesman Cornesse. “There is hardly any garden waste at the moment, so let’s have the green bags collected by the orange teams. The collectors of green bags can then help the yellow collection teams.” But those collectors only want to do this as ‘volunteer work’ outside their regular employment, so that they would receive an extra payment. According to Cornesse, some collectors of the green bags are still on strike because the compensation is not forthcoming. “That is not necessary, because they already receive a normal wage and no extra work,” says Cornesse.

Net Brussel promises that waste will be collected in the affected neighbourhoods until 8 p.m. this Friday evening. “The majority of the yellow bags should be gone by tonight. If not, we will organise extra rounds on Saturday morning,” says Etienne Cornesse.