Regulating Digital Labour: A challenge for Democracy, a fight for the people. 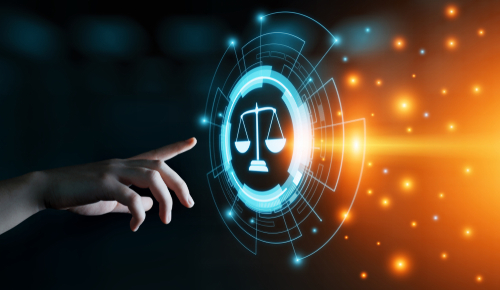 Brussels (Brussels Morning) There is a certain optimism for the eventual coming of a post-pandemic era. It is my belief that this outlook is well-founded. It is, however, an era where the newest stage of production, industrialisation and digitalisation of services pose a number of challenges we must tackle, and we must do so proactively. The European Union has been attempting for a while now to lay a foundation to meet those challenges.

Knowledge management, access to information, the social and environmental impact of the 4th Industrial Revolution: all are vitally important aspects, if we are to comprehensively approach the post-COVID era.

Digital labour and the mixed blessings of AI

For my part, I will elaborate on those subjects that my staff and I have worked on, and which have helped shape the Union’s approach towards, regarding digital labour:

Artificial Intelligence’s deep entanglement with both the replacement of human labour and its enhancement. Both are already evident in practice, and both pose certain risks, which the European Institutions have already noted, and which the European Parliament has begun to regulate, through its competent committees. The EP’s work also happens to be an excellent expression of the difference of political opinion between the Left and the Right; it defines the political struggle and the stakes for democracy.

The new reality that is Teleworking, one that has been a long time coming, but was imposed upon our lives in a manner that was both abrupt and compulsory, owing to the pandemic.

The changes taking place in the framework of the 4th Industrial revolution that we, the Left, have always believed have the potential to greatly benefit the workers, improve working conditions, hours, and wages. The catch: We need to first realise that what we are describing is an actual potentiality and not some far-off Utopia. We must also find the tools to realise our demands through EU institutional channels, since we already know that asking politely is not going to cut it. This is our fight.

We, through the European Parliament’s Committee of Employment and Social Affairs (EMPL) that monitors, examines and regulates labour issues have tabled, from the beginning of this Parliament’s term a number of legislative demands regarding the new digital labour environments. This concerns new and temporary teleworking positions as well as digital platform workers.

These include:  Absolute respect towards workers’ rights. Safeguarding jobs, increased wages, better working conditions. Assurances that AI will function in tandem with and in support of human employment and absolutely respect personal data and privacy laws.

Guarantees that AI will not depend on digital profiling, harvesting data from the employee’s online presence and using this data to discriminate against them in any way. This data might range from expressions of personal opinions on social media, to stated preferences and digital behaviour in  cyberspace and so on.

Encouraging dialogue between social partners, unhindered Union access to the digital working environment and protection of collective bargaining. A critical point: platform workers must be considered and treated as salaried employees.

A human-centric approach of human-AI synergy, shaped with the input of academics, experts, governments, and legislative bodies. Only by utilising such an essentially democratic approach can we ensure that the human dimension of digital labour remains above all else. The crux of the human-centric approach, its main player as it were, can be none other than the workers, and their unions.

Avoiding the use of AI in hiring practices, as it has been proven that the algorithms utilised are a long way from being considered unbiased. They are, in fact, as case studies have displayed, often programmed to the contrary.

The improvement of working conditions in digital platforms. A safe work environment, employer- provided technological infrastructure and equipment, as well as the essential Right to Disconnect, and the employer’s obligation to digitally train and reskill their employees as needed, so that no one gets left behind in the digital transition. On this point especially, the Member States can play a big part.

The employer’s obligation for full employee access to their digital profile, as compiled by the former.

The obligation of Member States to offer digital development and training programmes, to the entirety of the workforce, so that digital integration for all is ensured. There is a clear risk here, for the creation, in the not so far future, of a digitally illiterate, easily manipulated, lumpen proletariat, a scenario which constitutes a clear and present danger for democracy.

The protection of the psychological and mental health of workers, as well as the treatment of side-effects already cropping up in this new teleworking situation, with the contribution of experts, mental health professionals, social workers etc.

Finally, of course, we need to stress the importance of the creation of a robust regulatory framework for the institutional control and regulation of AI, an approach that, while natural to us, has already caused vocal reactions among the industry “titans,” who would extend their control over democracy itself.

So, what have we achieved so far? I will be candid on this point.

Making sure digital serves the people – not the other way round

A few months ago, I was the rapporteur for the opinion on behalf of the EMPL Committee, for the Committee on Industry, Research and Energy (ITRE) in a special policy area. Its subject: “Shaping the digital Future of Europe: Removing barriers to the functioning of the digital single market and improving the use of AI for European consumers.”

Here, we had one major concern: to make it clear that the elected representatives of the citizens of Europe seek to put the algorithm to work in service of the people, the workers and the citizens, and not the other way around. If this is not our starting point, all further arguments are pointless.

Our opinion passed in the Committee, almost unanimously. 48 votes for, 3 against and 3 blank votes. We garnered the support of every political group, save the far right. The opinion was included in the final report submitted to the Commission, and is currently on its way to becoming European Law, through the EU’s labyrinthine law-making process. We count this as a victory for the Left and a victory for the democratic forces in the European Parliament.

What we have achieved here is a contribution to the rational control of AI, to the safeguarding of labour, but mostly to guaranteeing the prioritisation of people in cases where technology, no matter how advanced, cannot make decisions without the human factor.

There is, of course, a lot of work left to do on digital labour. In truth, we have barely scratched the surface.

A number of challenges lie ahead:

Digital illiteracy, leading to social exclusion, which is not confined to labour.

The constant attempt of those who control the processing power to fashion a novel hierarchy, a new socio-economic “super-elite” (this will come as a challenge for the existing elite, but that is their own concern. Our own thought is occupied with safeguarding democracy).

We have the industry “titans’” ( GAFAM will function as a clear example here) dominance in the digital environment, who are making every effort to devalue and undermine any sort of substantial institutional control on utilised technologies, AI included.

We can already see the effects of the rushed digitalisation of labour relations and its reflection in the field of human rights.

We see workers being displaced, rendered obsolete or succumbing to burnout, due to overworking. This point specifically touches on the matter of the 8-hour workday, which commonly turns to 10 or 12 hours, with various degrees of legality, since it has become hard to control. In Greece, such increases in the workday have already been legislated, by way of the law recently passed by the Mitsotakis government

We are witnessing the end of domestic privacy, and with it, the dismantlement of private life.

We also see the transformation of manual workers into a peripheral pool of occasionally tapped labourers, essentially marginalised in the new system.

We see an increase in abuse of employer power even though, in theory, the overseeing authorities have also transitioned to the digital environment and, as such, are free from human intervention.

And of course, despite tighter regulations, and two very good EU legislative initiatives, the Digital Services Act and the Digital Markets Act, a key point remains hotly contested. Personal data guarantees are being constantly tested from every direction, seeing as personal data is now considered as valuable as natural resources were for the previous two centuries.

If by this I have given the impression that some battles have been won, while the war rages on, I have achieved what I set out to do.

Safeguarding the link between progress and social change

We will never tire of saying this:

We, the Left, inextricably linked with progress and social change, far from any sort of technophobic reasoning and always standing in staunch support of freedoms and humanitarianism, believe that the EU institutions are in a position to:

Become more flexible and adaptive, quicker to react and more protective of their institutional role and the principles they safeguard.

Protect citizens’ lives from totalitarian practices closely tied with matters of Rule of Law in Member States, such as monitoring and surveillance.

Urgently create a comprehensive regulatory framework for the new labour environment that, if left unchecked as many desire, will soon turn from a potential blessing to a curse.

All of the above, boils down to, I think, a central point:

If a conflict with the new data moguls is inevitable, as I believe it is, then it is the Citizens of Europe, that must confront them. AI is a highly advanced tool, but still a tool. If we take it away from human hands, we will have made a grave mistake, not only for ourselves, but for democracy as well.

This article is based on Mr. Arvanitis’ keynote speech on the Fourth Industrial Revolution: Challenges & Opportunities for Europe (FORCE), organised by the ENA Institute for Alternative Policies.