No chair for Von der Leyen at EU-Turkey talks 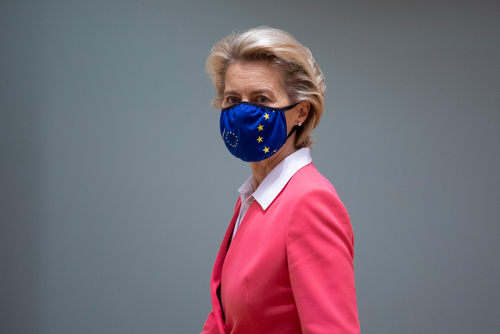 Von der Leyen and Michel met with Erdoğan on Tuesday in Ankara, but those responsible for protocol provided only two gilded chairs in the centre of the room. Erdogan took the seat next to the Turkish flag, while Michel appeared to make a beeline for the chair next to the EU flag, leaving von der Leyen standing.

As the other two leaders sat down, von der Leyen muttered “ehm” and gestured at the occupied seats, before sitting down on a sofa farther away, opposite Turkish Foreign Minister Mevlüt Çavuşoğlu.

On Wednesday, von der Leyen’s spokesman commented on the diplomatic gaffe, saying that the incident “sharpened her focus” on the issue of equal rights during the three-hour meeting that followed.

“The president of the commission was clearly surprised and that is something you can see from the video”, the spokesman said. “The protocol level of our president is exactly the same as that of the president of the European Council. The president expects the institution that she represents to be treated with the required protocol and she has therefore asked her team to make all appropriate contacts in order to ensure that such an incident does not occur in the future”.

Von der Leyen did not comment on the protocol breach at a post-meeting press conference, noting merely that Michel and she came to Ankara to give new momentum to their relationship with Turkey. “In this respect, we had an interesting first meeting with President Erdoğan”, she said.

Touching upon the issue of women’s rights, von der Leyen observed that Ankara had sent “a wrong signal” by leaving the Council of Europe Convention on Preventing and Combating Violence Against Women and Domestic Violence, which Turkey had been the first country to sign in 2011.

“I am deeply worried by the fact that Turkey withdrew from the Istanbul convention”, she said. “This is about protecting women and protecting children from the threat of violence.”