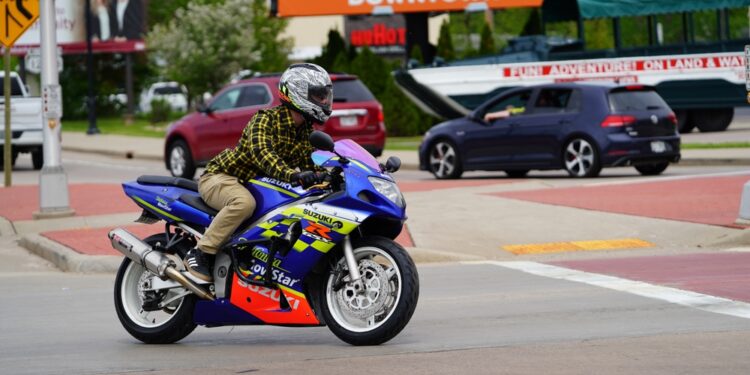 Brussels, (Brussels Morning)-  For several months now, parts of the Bergensesteenweg and the adjacent streets have been shamelessly used as a race track at dusk by motorcyclists with banging exhausts. “We are aware of the nuisance and proactively step up the fight against those street racers,” said Mayor Fabrice Cumps (PS) cabinet, to a BRUZZ reporter. Residents question this approach.

Residents of the Bizetplein in Anderlecht are at their wits’ end. The warm summer days have unleashed a new phenomenon at the Bergensesteenweg and in the adjacent streets. Motorcyclists use the wide avenues as a race track, blast through the densely populated neighborhood and give residents sleepless nights.

“Sleeping with the window open is no longer possible,” complains a reader, who prefers to remain anonymous, to our editors. “We have notified the police and even the mayor, but the problem is not being addressed.” The resident lives in the Muzikantenwijk, a stone’s throw from Bizetplein and Bergensesteenweg.

“We even know where these motards collect: a car wash that apparently also serves as a shisha bar. We shared that information with the police and the municipality, to no avail.”

However, the urgency of the problem seems to be getting through to Anderlecht’s municipal services. “We are aware of the nuisance caused by the motorcycle racers and are taking the bull by the horns,” says Perrine Delers, the Dutch-speaking press attaché at the municipality. “Another meeting with local residents took place on Monday morning ( yesterday, ed. ). It was once again underlined how much both the municipality and the police make this matter a priority.”

A number of racers were even caught in the act in recent days by the police services of the Brussels-South zone (Anderlecht, Vorst, Sint-Gillis). “They were arrested and their vehicle was impounded,” Delers said. “In addition, the police also use their own camera images or photo and video material from local residents. The parties involved are identified via number plate recognition and an official report can be drawn up.”

Whether these measures will be sufficient to restore calm to the streets of the Musicians’ Quarter, however, remains to be seen.