Arno on the silver screen: the cow that occasionally wanted to give champagne 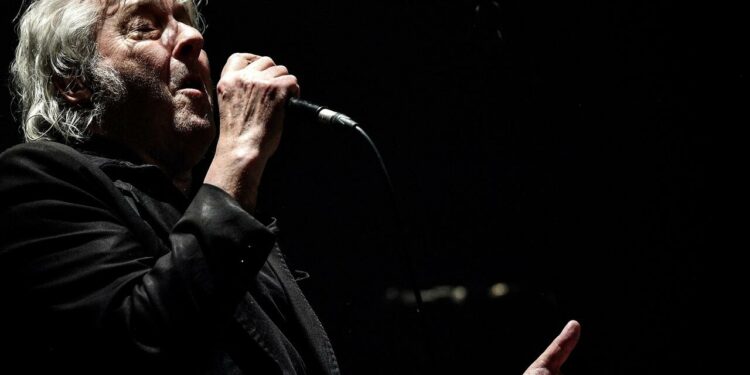 Physically it is probably impossible to be an even more intense musician than Arno Hintjens. Nevertheless , the rock star and blackmailer de charme raté has often been asked to lend his charisma and authenticity to movie characters. Every now and then he said yes.

“The fried chickens are flying in my mouth here. We run from one party to the next and yet I am not enjoying myself. It’s so fake here. Normally I’m the one who closes the box , yesterday I was in bed at one o’clock.” Arno Hintjens was not in his element when he became acquainted with the Cannes Film Festival in 2006. He thought there was “too much cinema” involved and called the many actors “with an erection the size of the Eiffel Tower” pathetic. Arno’s bullshit detector never sputtered.

He was only moderately satisfied with his starring role in the film that had landed him in Cannes. “A cow gives milk but no champagne,” almost every journalist was told. The Semaine de la Critique, the parallel festival that focuses on new talent in Cannes, presented Komma† In this debut film by the Brussels artist Martine Doyen, Arno plays a man who crawls alive from a white plastic body bag into the morgue and takes over the identity of a Swede who has remained dead. Wandering through Brussels, he meets a neurotic artist who has lost her memory. He poses as her ex and scruffy fairytale prince and kidnaps her to Neuschwanstein in snow-covered Bavaria. Between the lederhosen and the cuckoo clocks, the two loners without a past try to find themselves again. After Cannes, the surreal Comma did not fare too well. It also took a while before anyone could convince Arno to act in a movie.

Comma was not the first film in which Arno made his appearance. In the anti-authoritarian Flemish film Skin (1987), at the request of director Guido Henderickx, he played an Ostend rebel with a golden heart, two girlfriends and a heavy motorcycle. Chico has to do his military service and gets into a fight with military reactionaries who understand nothing at all about the youth or the new times. With the help of a biker gang, Chico sets out to free friends from prison.

The French film icon Michel Piccoli persuaded Arno to play a role in one of the first films he directed himself: Alors voilà (1997). Piccoli and Arno, good friends, also share a scene in Le goût des myrtilles (2014), a beautiful film by Thomas de Thier about a couple in their eighties with the fervent desire to taste blueberries again that taste like the best that life can be. has to offer.

In ‘Comma’ (2006) by Martine Doyen, a film that brought Arno to Cannes. He was bored to death there.

Short but sweet was also Arno’s performance as a beach rescuer at Camping Cosmos. The fact that ‘La vie sexuelle des belges n°2’ (1996) by Jan Bucquoy became a cult had more to do with the presence of Lolo Ferrari, a porn actress with an enormous breast size who would take her own life in 2000. In one of the black and white sketches from J’ai toujours rêvé d’être un gangster (2007), a gangster comedy by Samuel Benchetrit, Arno plays himself and meets his French colleague Alain Bashung in the toilets of a track restaurant. “As soon as I piss, I ponder,” he says. Bashung agrees.

Directors attribute an x ​​factor to the chanteur de charme rate. Arno says he received five to ten film scripts a year in the mail. He classified most of them vertically for two pretty good reasons. He did not consider himself an actor and was usually too busy making music and performing at home and abroad. “I turned down a lot of movies because I didn’t have the time. Performances have always been given priority. That is the most important. I also declined any roles in which I had to speak too much. I didn’t want to study. I can’t do that, rolls like that. I was trained as a cook, not a movie actor. And not even as a chanteur de charme,” he told BRUZZ last year in the presence of some of his many Brussels friends who have devoted large parts of their lives to film, such as Dominique Deruddere, Josse De Pauw and Marc Didden.

The role that most undermines Arno’s claim that he is not an actor is that in Préjudice . In Antoine Cuypers’ excellent debut film, a family dinner degenerates into an intense, paranoid, psychological drama. French film star Nathalie Baye is the matriarch of a bourgeois family who will do anything to keep up appearances. Their 30-year-old son, who is still living at home, is furious that a holiday to Austria cannot take place because his sister is pregnant. The brave father is a character that is miles away from Arno, the musician who makes the Ancienne Belgique or L’Olympia shimmer. Still, he’s doing great.

As a musician, Arno contributed to about forty films. Bertrand Blier used ‘Lonesome Zorro’ and ‘Jive to the beat’ in Merci la vie . For the VTM series Mother why do we live? he wrote music by Guido Henderickx and Hombres complicados by his friend Dominique Deruddere. Thanks to films, Arno has sung a few Dutch songs. His ‘You are a friend of mine’ in the Flemish version of the Pixar classic Toy story is not inferior to the original: the unforgettable ‘You’ve got a friend in me’ by Randy Newman. The bawdy ‘A bouquet with piss flowers’ from Ex drummer (2007), the infamous Herman Brusselmans film adaptation by Koen Mortier, is not for children’s ears.

“I don’t understand those directors. I ask my friend Dominique Deruddere often enough: how can you spend four years working on one film? Four years of worrying and waking up at night for a film that – if things go wrong – is taken off the screen by the cinema after a week because not enough people showed up. You would become impotent for less.” Music was his life, film was just an extra in the film of that life. Ratata above cinema.