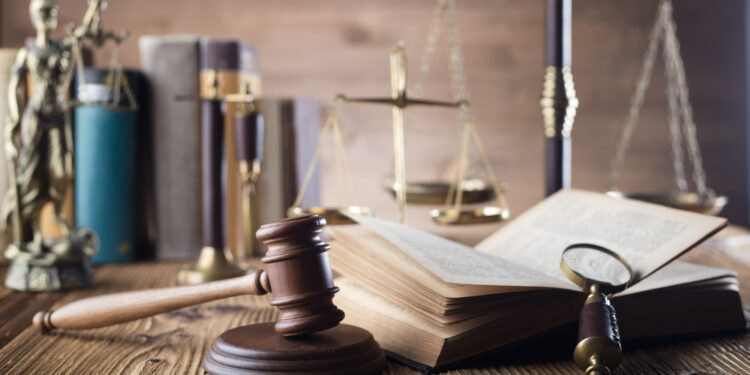 Brussels, (Brussels Morning)- The new judicial year, which starts on 1 September, will be dominated in Brussels by the assize process concerning the terrorist attacks of 22 March 2016 in Brussels and Zaventem. That process, after a preparatory session on September 12, will start on October 10 and is likely to last until June.

In the meantime, the VRT and television producer Bart De Pauw will cross swords before the Brussels company court, the sentence enforcement court will have to judge one of the killers of agent Kitty Van Nieuwenhuysen, and ten years later, the curtain may finally fall in the trial about the diamond robbery in Brussels. airport.

In the file on the terrorist attacks of March 22, 2016, ten people have to answer to the Brussels assize court.

Twelve effective judges and 24 reserve judges will decide their fate. That jury, for which 600 candidates have been selected, will be composed on Monday 10 October.

Before that happens, however, a preparatory session has to take place on 12 September.

The first president of the Brussels Court of Appeal, Laurence Massart, who will also preside over the assize court, will then draw up the list of witnesses to be called during the trial, together with the federal prosecutor’s office, the civil parties and the defence.

It should also be clear by September 12 which victims themselves want to speak, and whether they want to do so in the capacity of a civil party or as a witness.

On September 12, the Brussels company court will consider the dispute between Deadliners, the company of television maker Bart De Pauw and the VRT.

De Pauw is claiming compensation of 12 million euros because the public broadcaster prematurely ended the collaboration with Deadliners in 2017. This happened after De Pauw was accused of transgressive behaviour by nine women, including various actresses and (former) employees.

The Mechelen criminal court convicted De Pauw in November 2021 for stalking five women and “nuisance with electronic means of communication” in one woman.

During the month of October, the Brussels sentence enforcement court must then rule on the request that Galip Kurum, one of the killers of agent Kitty Van Nieuwenhuysen, has submitted to serve the rest of his sentence under electronic supervision.

In the morning of December 4, 2007, 23-year-old police officer Kitty Van Nieuwenhuysen and her 27-year-old colleague Peter Van Stalle were looking for the drivers of an abandoned Volvo when they were attacked by unknown persons in Brusselsestraat in Lot. Van Nieuwenhuysen was fatally hit, her colleague seriously injured.

The perpetrators also shot local resident Ismaël Saccoor and stole his Peugeot to get away.

A month and a half later, on January 19, 2008, the police were able to arrest three suspects, Galip Kurum, Hassan Iasir and Noureddine Cheikhni. These three were sentenced to 30 years in prison by the Brussels assize court in the spring of 2011.

It emerged from the investigation and the trial that Kurum was most likely the man who fired the fatal shots.

At the end of September 2018, the Liège sentencing court already decided to place Noureddine Cheikhni under electronic surveillance, in May 2021 Hassan Iasir enjoyed the same favour, and in December 2021 Iasir was released on parole.

In January, the trial of the diamond robbery that took place at Brussels Airport ten years ago, on February 18, 2013, will take place before the Brussels Court of Appeal, said BRUZZ. The Brussels public prosecutor’s office is prosecuting only four suspects in that case.

The robbery at Brussels Airport was committed by at least eight armed and masked men. They penetrated the airport grounds and drove to a plane of the Swiss airline Swiss, where a valuable transport from Brink’s was located.

The robbers took 121 packages of mostly diamonds worth more than 30 million euros from the plane and then fled. Only a small portion of the loot from the daring robbery was recovered in the basement of a Swiss villa in May 2013.