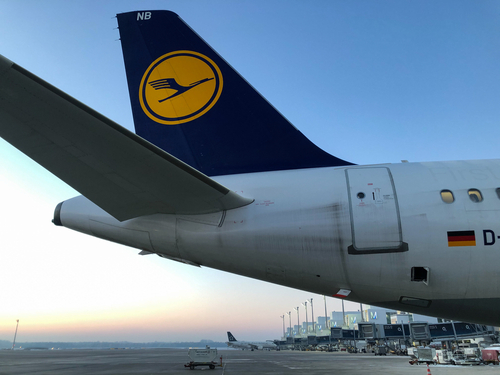 Belgium (Brussels Morning Newspaper) Hundreds of flights were cancelled and tens of thousands of passengers were left without transport as Lufthansa’s pilot union went on strike on Friday.

According to official figures from the German airline, some 800 flights were cancelled, affecting more than 130,000 passengers. Lufthansa claimed on Friday it was working hard to minimise the impact of the pilots’ strike.

The 24-hour walkout of pilots at the airline was organised by the Vereinigung Cockpit (VC) labour union, which called on more than 5000 Lufthansa pilots to stop working on Friday, after claiming that the negotiations with the company management on raising pilots’ wages have failed.

The union’s terms include a flat 5.5% pay rise for pilots, as well as putting mechanisms in place to automatically compensate pilots for ongoing inflation. Additionally, the VC was also calling for better terms for entry-level airline pilots.

According to Lufthansa, giving into the union demands would mean a 40% increase in its staff costs over the next two years, totalling up to around 900 million euro. In its counter-offer, Lufthansa proposed a flat 900 euro increase in basic pay per month, saying it would amount to a 5-percent pay increase for senior positions and as much as 18% higher pay for entry-level jobs.

Lufthansa already struck a deal with the ground staff unions last month, after a series of walkouts led the airline to cancelling more than 1000 flights during the peak of the tourist season, stranding thousands of passengers going on or returning from holidays.

The company potentially faces another hurdle as the pilots of its Eurowings low-cost subsidiary are also threatening strikes should next week’s negotiations with the company management result in a dead end.