Last cell phone signal from missing Natacha before her disappearance 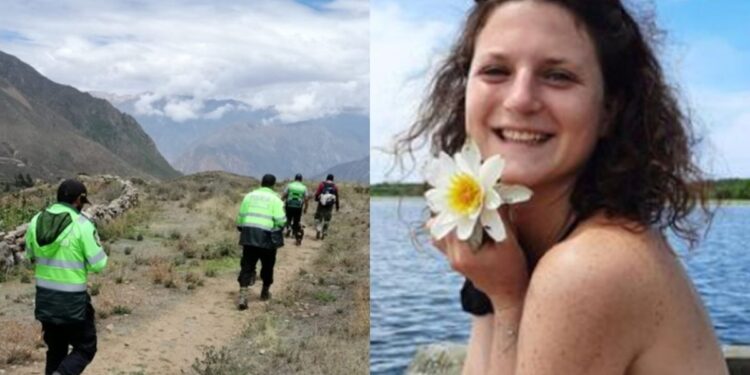 Brussels, (Brussels Morning) – The mobile phone signal of the missing Natacha de Crombrugghe was last received the day before her disappearance on January 23 at around 5.25 pm. That is what a spokesperson for the federal prosecutor’s office told BRUZZ. The Belgian court has also requested data from the Peruvian telephone masts to investigate who was nearby at the time of her disappearance.

An interview with the parents of Natacha de Crombrugghe in La Capitale shows that the GSM signal of de Crombrugghe was last received by a Peruvian cell tower the day before her disappearance on January 23 at around 5.25 pm, and this is confirmed by the federal prosecutor’s office. It is not clear why her cell phone went off at that time.

The federal prosecutor also confirms that the Belgian court has sent an administrative letter rogatory to Peru to investigate the cell towers in the vicinity of Cabanaconde. This makes it possible to find out who was nearby at the time of her disappearance.

Meanwhile, Peruvian police are also investigating the nearby river now that the water level has dropped, La Capitale continues. Since she was not found in the canyon she hiked to, the local police believe they will find her in or near the river.

Through the support group ‘Looking for Natacha’, the parents had promised a reward of 15,000 dollars (13,880 euros) to the person with a golden tip in mid-April . In the first two weeks, their Peruvian lawyer received about 40 calls a day, they tell La Capitale. But the tips turned out to be useless.

Natacha’s parents, Éric and Sabine de Crombrugghe, travelled to Peru for the first time in early February with representatives of the Belgian embassy and stayed there until the end of February. Shortly afterwards, the searches were interrupted by bad weather and landslides. Because the parents did not receive any more information, they decided to return to Peru on April 4.

Since Saturday they have been in Cabanaconde, the village with about 1,500 inhabitants from which Natacha left for her trek in the Colka Gorge. There the parents now go door to door, hoping to get information, and have put up posters everywhere.

Last week in Arequipa, thanks to the Belgian ambassador, they met with the various Peruvian police officers involved in the disappearance of Natacha. “They assured us that they will resume the search,” said La Capitale.

The 28-year-old woman from Linkebeek disappeared on January 24 after she allegedly left a hostel in the village of Cabanaconde for a hike through the Colca Gorge. According to the police, 98 percent of that gap has been resolved, without finding any trace of Natacha.

The possible avenue of a criminal act was also ruled out by the Peruvian police after an investigation in the village where she was last seen turned up nothing.