Residents of the Beekkant towers sound the alarm: ‘We will die in the event of a fire’ 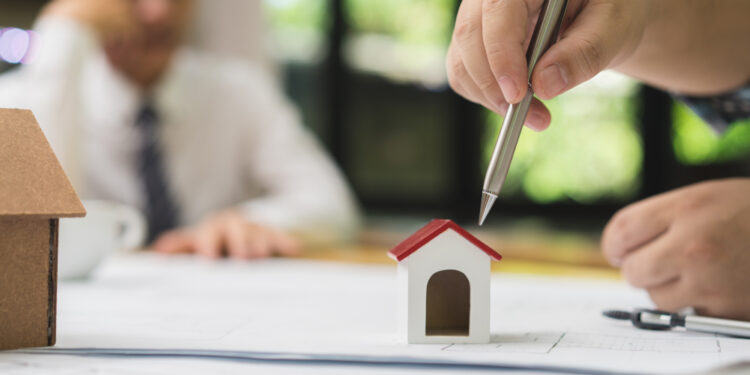 Brussels, (Brussels Morning) – The social apartment blocks at the Beekkant metro station are in poor condition. Residents are sounding the alarm about this. They believe that insufficient investment is made in maintenance, which can lead to dangerous situations. “If there’s a fire, we’re all going to die,” one even says. Housing company Le Logement Molenbeekois promises that a renovation will bring improvement.

Between the Jules Vieujantstraat and the Dubois-Thornstraat are the two large towers of the Beekkant district. Le Logement Molenbeekois, a public real estate company, rents out apartments there.

If you look at the building from a distance, you don’t immediately see major problems. Inside, nothing could be further from the truth: elevators out of order, mould through the damp walls, no heating, problems with electricity, vandalism… BRUZZ went to the neighbourhood to hear the testimonies of the residents. “I’ve lived here for twenty-four years, I’ve never known the building to be fully functional,” someone tells us.

Residents often have to wait months or years for solutions from Le Logement Molenbeekois, according to several residents. “I had a problem with my electricity, my socket was coming out of the wall, which was dangerous for my four-year-old son. It took months before there was even a description of the place,” says a mother of 2 children.

“The elevator is way too small, my mom is in a wheelchair and can’t even fit in it,” says another woman, “but it doesn’t really matter, the elevator never works here anyway.” Several people would also have health problems due to the fungus. “A friend of mine has breathing problems, the fungus is said to have affected his lungs,” said another resident during a group chat with BRUZZ .

When help eventually arrives, residents say too little is being done. “My ceiling was crumbling for months, to solve it they just put layers of paper on it. That’s not a long-term solution,” said one male resident who wished to remain anonymous. However, the tenants pay for the repairs themselves, even if there are acts of vandalism. The charges also include an amount for the maintenance of the buildings.

During the winter, part of the building would have been without heating. The central boiler was out of service for a long time due to a flood. “It was freezing cold in many rooms, you wouldn’t want to stay in an apartment like that with your small children, would you?”

Also, the social housing has no functional emergency exits. According to the applicable standards, it is nevertheless mandatory in larger buildings to have at least one emergency exit. “If there’s a fire, we’re all going to die,” fears a young man when BRUZZ asks him.

“They may be social housing, but they seem to have forgotten the social aspect,” says the same young man. “We have lodging at a small price, that’s true. But in addition, the absolute minimum is also done for us.”

Housing company Le Logement Molenbeekois is aware of the situation. Several projects are underway to refurbish social housing in the municipality, says the organisation. “The buildings on Beekkant are our oldest, unfortunately the towers were not renovated in time years ago. We are now paying the price for that,” said Redouane Assadi (PS), chairman of the board of directors of Le Logement Molenbeekois. “We are currently working on a feasibility study, after which we will know exactly what needs to be repaired”.

Assadi tells BRUZZ that all safety standards will be met after the renovation projects. For example, the central boiler has already been replaced for heating and projects to repair the lifts will soon start.

The housing company will then work on the emergency exits. “It’s an old building, so it no longer meets today’s standards,” Assadi admits.

Le Logement Molenbeekois has appointed a team of architects, Assadi said. The new chairman wants to be able to start the renovation work as soon as possible. “We have submitted an application to the BGHM (the Brussels Regional Housing Company, which supervises and carries out renovations, ed.). Once it has been approved, we will start the project.”