Israeli SpaceIL taking another shot at the Moon 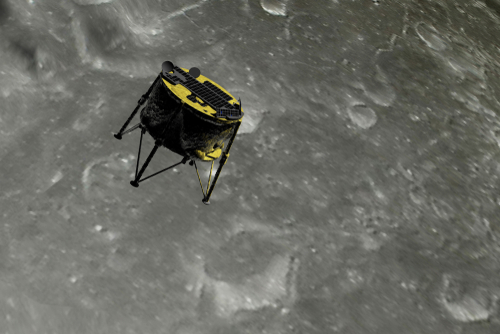 Brussels (Brussels Morning) The Israeli non-profit organisation SpaceIL announced on Sunday that it has secured sufficient funds to attempt a second Moon landing mission. Its first attempt ended when the Beresheet lander crashed onto the surface in April 2019.

The non-profit was originally founded in 2011 as one of a dozen or so international teams competing for Google’s Lunar X Prize. The award of up to 30 million dollars was set up to encourage privately-funded companies and organisations to successfully complete a series of goals resulting in a soft landing on the Moon, with the lander’s required to move at least half a kilometre along the surface.

The competition ended without a winner, since no team was able to achieve any of the established goals by the March 2018 deadline. However, SpaceIL was one of the few teams to advance far enough in its efforts and to secure the necessary funding to actually attempt a lunar landing.

In 2019, the organisation’s spacecraft successfully entered Moon orbit, making Israel the seventh country in history to achieve this goal. A malfunction occurred during the landing sequence of the Beresheet lander, and the probe crashed violently onto the Moon.

Soon after the failure, the organisation, whose stated aim is to promote scientific and technological education in Israel, announced it would make a second attempt, but first it had to secure the requisite funding.

As announced on Sunday, the Beresheet 2 mission will consist of an orbiter and two landers. It will be bankrolled by South African-Israeli billionaire Morris Kahn, who funded the original mission, and by French-Israeli Billionaire Patrick Drahi and South African philanthropist Martin Moshal.

The two landers will attempt a soft landing on the Moon in 2024. The orbiter is intended to remain in orbit around the Moon for years, and will be made available to educational institutions to serve as a science teaching tool for students.