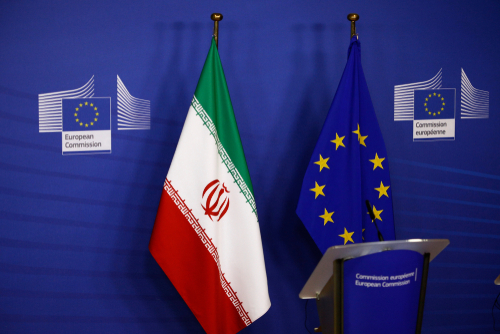 Brussels – Brussels Morning:- The Belgian parliament is presently considering legislation that would harm the security not only of Belgium itself but also of the entirety of Europe. Lawmakers were presented last week with a treaty between Belgium and Iran, which, if implemented, would allow for Iranians convicted of crimes in Belgium to return to their home country and serve out the remainder of their sentences there.

The first beneficiary of such an arrangement would surely be Assadollah Assadi, the Iranian diplomat who in 2018 masterminded a plot to set off explosives at a gathering of Iranian expatriates near Paris. Regardless of what pending legislation in Belgium might say, there is essentially no chance of Assadi actually remaining a prisoner upon return to Iran. This is because the crime for which he was convicted in February of last year was ultimately directed by the highest-ranking Iranian officials and the Supreme National Security Council.

In the four years since Assadi was arrested and his terror plot foiled, Tehran has made its position known time and time again. The regime has never seriously disputed the allegations levied against him, but has simply asserted that his prosecution is illegal on account of diplomatic immunity, even though his official post was in Austria, his criminal activity took place in Belgium and Luxembourg, and the warrant for his arrest was enacted in Germany.

There’s little doubt that Iran’s Foreign Minister Hossein Amir-Abdollahian simply reiterated the same demand for immunity in February of this year when, according to Iranian state media, he “explained our country’s positions and views on this issue to his Belgian counterpart”, on the sidelines of the Munich Security Conference. The treaty for “Transfer of Sentenced Persons” was apparently the result of this discussion, being signed between the two countries the following month.

Amir-Abdollahian also met with the Swedish Foreign Minister at the same gathering, a fact that now raises concerns about the potential for an open agreement on prisoner exchanges between Iran and that European country as well. Whereas Belgium is currently holding Assadollah Assadi over a plot that could have led to the most deadly terrorist attack in modern European history, the Swedish judiciary recently concluded the trial of Hamid Noury, and Iranian national and former prison official charged with war crimes and murder as a result of his role in the massacre of political prisoners at Gohardasht Prison in 1988. The Swedish court will announce its verdict on Thursday, July 14, 2022.

Noury is the first person to face legal consequences for his role in that massacre, which claimed approximately 30,000 lives across Iran. Tehran has clearly tried to link his case to that of Western nationals being held hostage by the Iranian regime, particularly the medical researcher Ahmadreza Djalali, whom the judiciary threatened to execute right around the time that Noury’s trial was set to conclude.

In using such underhanded tactics to push for the release of both Assadi and Noury, the Iranian regime is unmistakably working to reassert its impunity in matters related to both foreign terrorism and domestic human rights abuses. Fortunately, neither Belgium nor Sweden has formally validated those efforts yet, but Belgium is dangerously close to doing so. It is primarily the responsibility of Belgian legislators to prevent that outcome, but considering that this issue has implications for broader European security and basic humanitarian principles, lawmakers from every nation have a similar responsibility to counter Tehran’s narratives.

The pending Belgian legislation must be recognized as a green light for terrorism against supporters of the Iranian Resistance, as well as for the killing of activists and dissidents inside Iranian territory. Thus, it poses a serious risk to the security of any European country with a substantial Iranian community, while also betraying the basic values that each of those countries share in common.

If the Belgian parliament moves to enshrine the March treaty in law, then every one of those countries should speak out forcefully in opposition. The only alternative is to accept that from this point forward, and for as long as the Iranian regime’s conflict with the Iranian people persists, Belgium will be a potential staging ground for further Iranian terrorist acts, and a place where even the most hideous violations of human rights will be overlooked, because Tehran demands it.