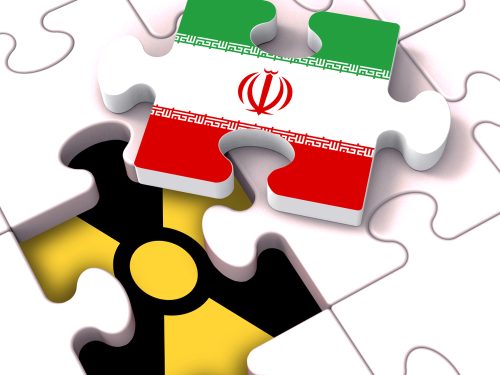 Brussels (Brussels Morning) Representatives of European signatories of the lapsed Iran nuclear treaty met in Paris on Thursday and discussed plans for reviving the treaty with US Secretary of State Antony Blinken, who joined the meeting via video call, AFP reports.

France’s Foreign Minister, Jean-Yves Le Drian, hosted his British and German counterparts, Foreign Secretary Dominic Raab and Foreign Minister Heiko Maas. A joint statement issued after the meeting, expressed their concern about Iran’s plans to close its facilities to snap inspections starting next week. They urged “Iran to consider the consequences of such grave action, particularly at this time of renewed diplomatic opportunity.”

On Wednesday, Iran’s supreme leader Ayatollah Ali Khamenei stated that restoring the deal would require “action, not words”. “Words are not good enough, they are not useful,” he said. “This time, we will act only if we see action from the other side.”

Iran considers itself a reasonable party in the dispute, as it had previously complied with all the provisions of the 2015 treaty setting limits to its nuclear capabilities. Compliance with the terms of  Joint Comprehensive Plan of Action (JCPOA) was monitored by UN inspectors from the International Atomic Energy Agency (IAEA). Then, in 2018, former US President Donald Trump decided to withdraw from the treaty and impose sanctions on Tehran.

Iran continued to comply with terms of the pact for another year, during which the other JCPOA signatories tried but failed to convince the Trump administration to return to the treaty. Tehran then began a campaign of accelerating breaches, increasing its uranium enrichment ratio, reactivating its advanced centrifuges and stockpiling more enriched uranium than permitted by the treaty.

Even though President Joe Biden has expressed his desire to return to the treaty, signed while he was serving as vice-president under Barack Obama, the Washington insists that Iran needs to make the first move and return to full compliance before the new US administration will lift Trump’s sanctions. Iran, on the other hand, insists that the US must lift its sanctions before it will return to compliance.

Analysts warn there is only a brief window of opportunity to break this deadlock and restart the treaty, given that Iran’s pro-diplomacy, moderate president Hassan Rouhani’s second and final term ends this June. If he is succeeded by a more hardline figure, it could make a diplomatic resolution of the dispute nearly impossible.