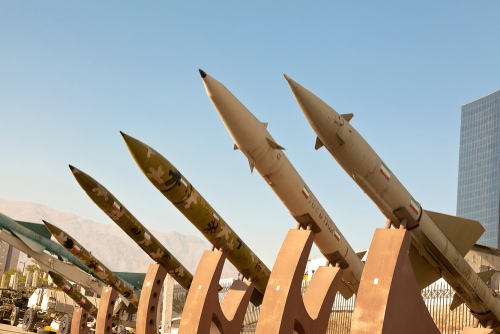 Brussels (Brussels Morning) Iran is about to start production of enriched uranium metal, a key component in nuclear weapons, in a move that jeopardises the ongoing Vienna talks on reviving the defunct Iran nuclear treaty.

According to the International Atomic Energy Agency (IAEA), Tehran informed the UN’s nuclear watchdog agency of its plans to start producing uranium metal enriched to 20%, supposedly for the purpose of reactor fuel research.

The 2015 Iran nuclear treaty, the Joint Comprehensive Plan of Action (JCPOA), expressly banned Iran from producing any uranium metal. The US, which, through intermediaries, is currently negotiating with Iran on how to return both countries to compliance with the treaty, immediately responded, calling Tehran’s plans a “provocation”, and emphasising such moves would provide no leverage in the talks.

European signatories to the original treaty – Britain, France and Germany – expressed “grave concerns” over the move, demanding that Iran cease the enrichment. The country’s sole nuclear power plant, which was built by Russia, was subject to obligations that it would only use the fuel rods provided by Russia, it being understood that enriched uranium metal would be unlikely to serve a legitimate civilian purpose.

The JCPOA was originally intended to limit the Iranian nuclear programme to civilian purposes only, in exchange for a much-needed reprieve for Tehran from sanctions. Former US President Donald Trump withdrew from the treaty in 2018 and reimposed sanctions at a time when Iran was fully complying and cooperating with the IAEA.
After the remaining signatories – the three European powers, plus the EU, Russia and China – failed to convince the US to return to the treaty, Iran embarked on an escalating series of breaches of the pact’s provisions. On President Joe Biden’s assumption of office, Tehran refused to return to compliance unless the US first revoked its sanctions, creating a stalemate since neither side was willing to make the first concession.