How 9/11 gave birth to American victimhood 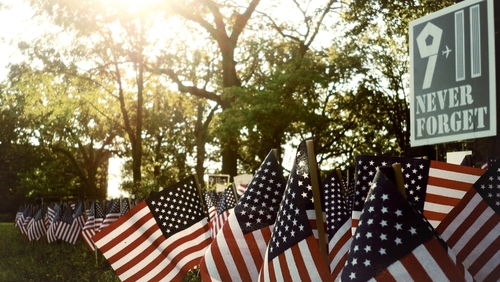 New York (Brussels Morning) I am a fourth generation New Yorker who was close enough to the target to have heard those planes hit the World Trade Center on September 11, 2001. I will never forget that long walk home on that hot late summer day and the sound of the tower crumbling and the subsequent collective gasp from the people around me somewhere in Greenwich Village as we tried to make our way uptown on that grim occasion.

On that day I was angry that this great city which has long been a haven for so many from around the world, including my own great grandparents fleeing the pogroms and anti-Semitism of the Tsarist empire, was under attack. Because New Yorkers are a tough lot and this is a tough town, I also knew that it was going to take a lot more than a terrorist attack to bring us down-and I was right.

A few months after the attack, I remember reflecting that despite the tremendous loss we experienced that day, the sense of victimhood that was becoming pervasive at the time, did not work well for my city. New Yorkers, like their city, think of themselves as tough, brash, energetic and resilient. After all, this is the city that never sleeps and, as the song says, if you can make it here, you can make it anywhere. Even in the face of the extraordinary horror of September 11, the role of victim never quite fit New York. Fortunately, within a few more months, that sense of victimhood faded away in New York.

Unfortunately, it went on to play way too big a role in the American consciousness, particularly in the consciousness of what is euphemistically called real America – meaning white, straight, Christian America. One of the most radical and rarely discussed ways that September 11 changed the US is how many American since then have begun to think of themselves and the nation as victims. It is true we were attacked that day and the people who were killed in those attacks or who died because of their efforts to help on the day were victims indeed. However, the shared sense of victimhood marked a paradigm shift that went well beyond the individuals and families who were genuinely victims.

That sense of victimhood, that somehow the US was at the wrong end of a cosmic injustice, despite the reality that we remained the wealthiest, most powerful country in the world, a nation whose foreign policies not only helped save the world from fascism, defeat Soviet Communism and improve the lives of many, but one that had also violated human rights, destroyed lives and immiserated and impoverished millions around the world, was to become an organizing principle of America’s identify, its foreign policy, and, in the decades the followed, permeated our domestic political cleavages as well.

In the weeks and months after September 11, amidst the festival display of patriotism and the thirst for revenge, Americans began to ask why it was the terrorists who launched the attack “hate us.” This very good question might even have revealed an unexpected introspection and maturity on the part of the American people. Yet, instead of taking that route, America decided that terrorists hated us “because of our freedom.” While it is true that the freedom the US offers to religious minorities as well as its relative tolerance (compared to some countries) for LGBT people, women and others represent values unappreciated by Jihadists, yet no thinking person can ascribe radical Islamic hatred of the US to such a mindset. Nonetheless, arriving at such a conclusion surely made it easier for the US to avoid self-criticism or any attempt to see the world from a perspective other than our own.

For this sense of victimhood to become fully rooted in the American consciousness, the attacks had to be reframed as something that had not just happened to New York and, on a much smaller scale, the Pentagon. Generations of Americans have been taught to distrust and fear New York and to view it as not fully American. It is a city that has long looked like no other in America. It is more Jewish, Muslim, gay, non-white and radical than the rest of the country. This was the city that was attacked. These were the people who bore the brunt of those attacks.

The attacks were quickly sanitized for white, straight and Christian America. The post September 11 narrative that emerged accurately portrayed it as an attack on America while immediately overstating the threat the rest of the country faced. Necessary security precautions quickly morphed into security theatre. The passage of the Patriot Act amounted to an attack on civil liberties, while fear-mongering about the Jihadists became rampant. The latter led directly to illegal harassment and surveillance of Muslim Americans. The truth is that America’s security and intelligence forces were pretty good at making sure nobody was going to attack the US in the days following September 11. In fact, if you were in middle America, you probably had more to fear from white nationalists, like Timothy McVeigh, than from Jihadists back then.

Many of us who were here in New York when the attacks occurred experienced various degrees of trauma, which we had to work through in the ensuing months and years. The process or recovery was not made easier by a public retelling of the events that, for political purposes, stressed the need for revenge, the heroism of politicians — of all things — and the need, always overstated, to live in fearful vigilance. Muslim-Americans experienced the brunt of this, but it affected all New Yorkers. However, framing the terrorist attack of September 11 as an attack that threatened all of America, rather than something that happened to New York, made it easier for conservative America to support post-September 11 policies while simultaneously reverting to the pejorative view of New York as deviant and not the real America.

Ultimately, September 11 generated a surge of national support for first responders and the then Mayor Rudolph Giuliani rather than support for New York City and New Yorkers. Those who waved the flag highest and called for revenge loudest also embraced the right-wing politics that seek to use New York as a target, portraying it as-a dangerous place where violent radicals have taken over and destroyed the city.

Thus, an opportunity to begin to reverse the divisions that were already damaging the country was missed. In the 20 years since, those divisions have worsened and, as we have seen from the twin disasters of the Trump presidency and the Covid-19 pandemic, Americans are much better at destroying this country and killing fellow Americans than Al Qaeda ever was.