Germany to overhaul its air force with F-35s, Eurofighters 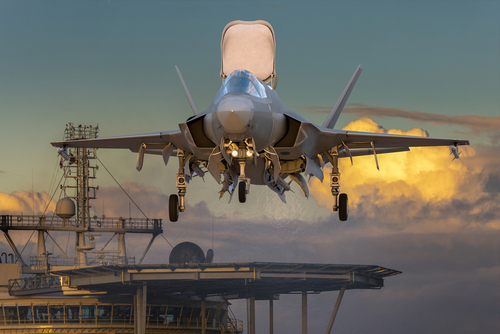 The source stressed that the country wants to modernise its Armed Forces in response to the war in Ukraine, noting that new fighter jets are to replace Germany’s old Tornado fleet.

At present, Tornado fighters are the Luftwaffe’s only jets that can carry US nuclear bombs, which are an important part of NATO’s deterrence. In contrast with the Tornado, jointly developed by West Germany, Italy and the UK in the 1970s, US-made F-35s were first produced in 2006 and Eurofighters in 2003.

At the end of February, German Chancellor Olaf Scholz announced plans to invest an additional 100 billion euro over the coming years in the Armed Forces, which he described as chronically underfunded. He said the Luftwaffe’s Tornado fleet had become obsolete. He also vowed to reach and exceed NATO’s annual military spending target of 2% of GDP.

According to a draft 2022 budget presented yesterday, the German government plans to invest more than 50 billion euro in its military capabilities this year, with a government source noting that this is a “record high.”

The move represents a reversal of Germany’s policy, which had frequently come in for criticism for not fulfilling its obligations as a NATO member.

Following the start of the Russian aggression in Ukraine, the chair of the parliamentary defence committee, Marie-Agnes Strack-Zimmermann, declared that an overhaul of Germany’s Tornado fleet was an urgent requirement as she pointed out that “attacks are being carried out from the air and must be responded to accordingly.”

Reports of German plans to buy F-35s don’t bode well for the US aerospace company Boeing since its F-18s were being considered as a replacement for Germany’s Tornado fleet.

While there is no indication of how much Germany intends to spend on the new fighters, Finland bought 64 F-35s at the end of 2021 for 8.4 billion euro. Despite early setbacks, the F-35 programme has become increasingly popular among NATO member countries.