Gas prices in Europe rise more than 30% in 24 hours 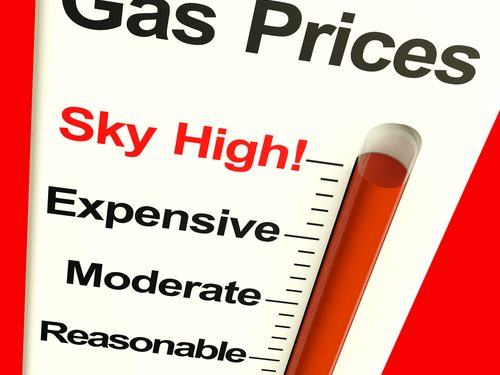 Brussels (Brussels Morning) Natural gas prices in Europe rose more than 30% on Tuesday due to low flow from Russia.

The Dutch front-month gas price reached 95.2 euro per MWh, up 23.2 euro compared to Monday, while daily futures were up 29 euro and stood at 95.5, Reuters reports.

One trader said that gas prices are rising partly due to the coming winter heating season and partly because supplies from Russia are being throttled.

Russian gas supplies to Europe have come into the spotlight in the past months as part of the standoff between Moscow and the West. Tensions remain high as the Ukraine looks to increase its cooperation with NATO at a time when Russia has deployed troops to its border.

NATO representatives and Russian officials are to meet next week to discuss these and related issues in efforts to de-escalate the situation.

Some MEPs have accused Russia of abusing its position as the main supplier of natural gas to the EU, claiming that the country is restricting the flow of gas in order to pressure German authorities to approve the new Nord Stream 2 gas pipeline.

Moscow denies the accusations, citing the fact that Nord Stream 2 will increase its gas exports to the bloc and lower pressure on gas prices in Europe. Russia insists that it is meeting its gas delivery obligations and has rejected claims that it is planning to invade Ukraine.

In the last year or so, benchmark gas prices in Europe have more than quintupled.

Last month, Russia’s President Vladimir Putin pointed out that Germany has been reselling imported gas from Russia to Poland and Ukraine, indicating that German importers are adding to the problem of Europe’s soaring gas prices.

Reuters notes that both the German government and gas importers have declined to comment on Putin’s remarks.

According to the Mallnow metering station, natural gas flow from Germany to Poland reached nearly 9.9 million kWh per hour on Tuesday morning, up from the previous 5.8 million.

Auction results show that the Russian energy giant Gazprom did not book transit capacities for export for Tuesday. The company has lowered its daily exports to Europe via Ukraine to roughly 50 million m3, the lowest level since the start of 2020.