Fedasil center in Molenbeek is in danger of disappearing 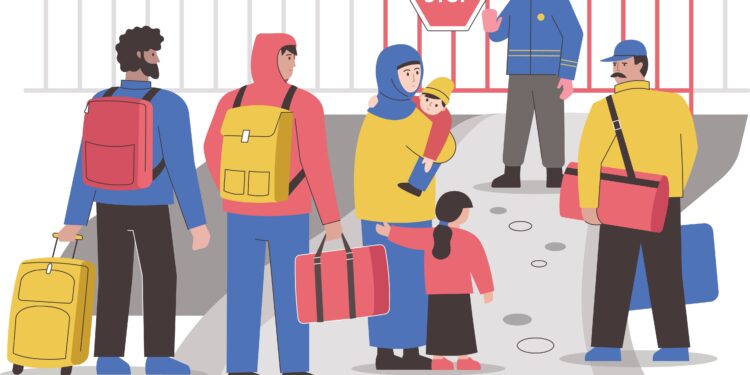 Brussels, (Brussels Morning)- The court has ruled that the much- discussed Fedasil centre in Molenbeek must be administratively put in order within forty days, but that seems an impossible task. Mayor Catherine Moureaux (PS) wins this way. It is currently not clear what to do with the 400 asylum seekers who are staying in the former rest home.

State Secretary for Asylum and Migration Nicole de Moor (cd&v) – and former predecessor and party colleague Sammy Mahdi – have been at odds with the municipality of Molenbeek for months about the Fedasil centre in the François Sebrechtslaan.

Molenbeek would never have agreed to the conversion of the rest home into an asylum centre, but Mahdi and successor de Moor wanted – in view of the reception crisis – to use the building to accommodate asylum seekers. In June , Moureaux sued the federal government.

The idea was launched last year by Mahdi but just as quickly shot down by Molenbeek. “Our municipality already has a Fedasil centre where about 100 people are accommodated”, Rachid Barghouti, spokesman for Mayor Moureaux, repeated the position of the Brussels municipality. “And don’t forget that Klein Kasteeltje is located on the border between Brussels and Molenbeek.”

The socio-economic reality in Molenbeek also stands in the way of a centre where hundreds of asylum seekers must be accommodated, according to Moureaux’s cabinet.

“With its 100,000 inhabitants, Molenbeek is a very densely populated municipality and we are also the second poorest municipality in Belgium. Yet – in addition to the existing Fedasil centre – we shelter about 500 vulnerable people, such as homeless people, in various types of housing.”

A new permanent reception centre is therefore no longer possible for the municipality.

“The judge has now proved us right,” the spokesperson for the Molenbeek mayor is proud of. Fedasil has to put the centre in order administratively within forty days, but that seems mission impossible .

‘Avoid families on the street’

It is not clear what will happen to the asylum seekers in the full reception crisis if the centre is closed.

“The State Secretary is doing everything he can to avoid penalty payments and to prevent families with children from ending up on the street,” said De Moor’s spokeswoman Sieghild Lacoere, to BRUZZ.

“Various measures are being taken, and shelters are being created throughout the territory. The fact that mayors hire lawyers certainly does not help. The State Secretary is always open to dialogue, also with Molenbeek and she prefers to talk around the table than in court.”