Fake for real: a history of forgery and falsification 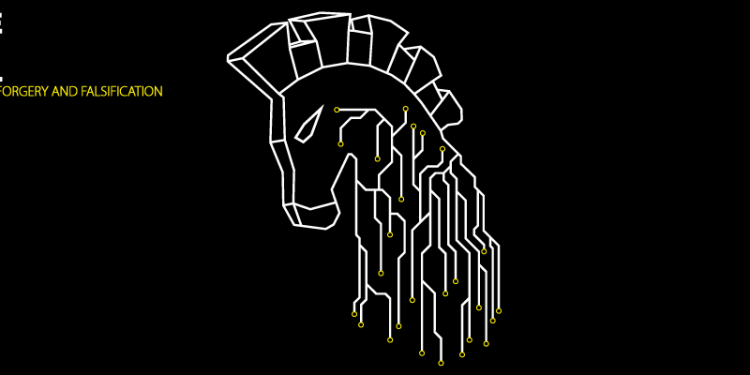 Serena Pacchiani reviews Fake for Real: a History of Forgery and Falsification, the new temporary exhibition at the House of European History, running until October 2021.

Rome (Brussels Morning) In the bucolic setting of Parc Léopold — Europe’s ‘heart’ — in Brussels, the House of European history sits in the former dental clinic, a fascinating building of historical and social significance. It serviced disadvantaged children in the mid-1930s and was a focus of admiration for benefactor and philanthropist George Eastman.

The museum itslef is an ambitious interactive museology project with the building acquired in 2008 by the European Parliament, opening to the public in 2017 when it hosted a five-floor colossal and permanent exhibition. From October 2020 to October 2021 a third temporary exhibition was launched, dealing with a controversial and topical theme — Fake for Real: a History of Forgery and Falsification.

History of counterfeiting, which is by nature clearly transversal and oversteps geographical, historical and social boundaries, has always seduced and fed the imaginative fantasies of scientists, writers and artists, as well as shaping, more or less consciously, our perception of reality, altering its understanding and interpretation. At the same time, encouraging a specious aesthetic, mythological and emotional escape.

The immense topic has been acutely studied for the exhibition; according to well-defined criteria ebracing the sphere of the “fake” in its most disparate meanings, curators always maintained a firm historical and chronological line that weaves together six main and large branches. From the legitimisation of temporal power to the undermining of religious ideals, from the legendary birth of nations to the ‘ethnological’ dimension that has forged national identity, from the actual forgery of objects for commercial, military, political and strategic purposes, to the radical changes introduced by the press in the circulation and manipulation of news, up to the current and dramatic disinformation era (of whose power the ‘disinfodemic’ triggered by COVID-19 is offering a tangible demonstration) Fake for Real offers visitors an overall and more conscious notion of the impact of manipulation in the representation of the world.

A dense itinerary, dotted with case studies, demonstrates the specificity and fragmentary nature of fake, in which each example is clearly linked to the contextuality of the era in which it was created, but at the same time whose repercussions can be recognised as the basis for analysis and critical re-evaluation in the present. The artefacts and the important documents which come from all over Europe (among them, the famous and controversial Donation of Constantine, which remained uncontested until Lorenzo Valla’s exegetical disproof) are literally anatomically dissected with scientific rigour and daring juxtapositions, while maintaining the balanced educational — and interactive — imprint of which the museum is an ambassador.

Likewise, the exhibition pullulates anecdotes, curiosities and artefacts little known even to insiders, including antique and present-day forgeries. In an exhibition visitors are more accustomed to see ancient relics manipulated for commercial and liturgical purposes, it is certainly less usual to come across a showcase displaying the fetish objects of today’s disillusionment, false myths that shape our society between the urge for individual acceptance and collective conformity.

When the romantic desire for authenticity encounters history and human events, the result can be astonishingly surprising. This can be proven, for instance, by the Han van Meegerenstory forgery affair. Criminally guilty of having skilfully and intentionally counterfeited the masterpieces of the old Dutch masters, he made headlines for having in turn sold most of his works to the real criminal the history of the 20th century has ever known: Hermann Göring.

From the salvific forgeries that spared the lives of deportees, prisoners and civilians, to the deliberate damnatio memoriae that, on the contrary, destroyed the material and immaterial memory of personalities and civilisations, from the arbitrary reconstruction of a new science and a new identity power to the manipulation of documents and films for the purposes of propaganda and mass “distraction”, Fake for Real is a narrative journey, but above all a complex and useful tool for deciphering the contradictory signs of reality, free from prejudice and preconceptions.