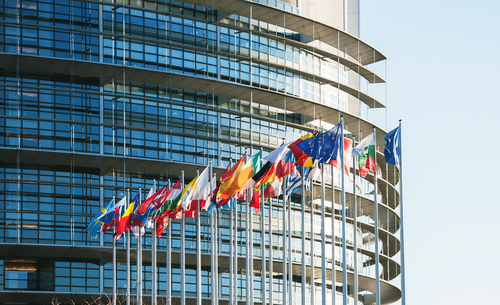 Belgium, (Brussels Morning Newspaper) This week, the European Parliament’s agenda features committee debates and votes on the “Fit for 55” and global deforestation. Parliament is set to vote on increased protection for consumers using credit and the rights of Ukrainian women fleeing the war. MEPs will debate a survey on the media habits of EU citizens and EU values in Hungary. A meeting with NATO’s Secretary-General is foreseen as well as a debate with EU officials on the status of COVID-19 in the bloc.

On Monday, negotiations are scheduled to start with the Czech Council Presidency on the EU Emissions Trading System (ETS) and the Carbon Border Adjustment Mechanism (CBAM), after Parliament and EU countries agreed on their respective positions in June.

On Tuesday, the Environment Committee will vote on draft legislation to halt EU-driven global deforestation, a key contributor to global warming. The new law will make it obligatory for companies to verify — so-called “due diligence” — that goods sold in the EU do not contribute to the destruction of forests outside the EU.

The Internal Market and Consumer Protection Committee will vote, on Tuesday, to update EU online rules protecting consumers from over-indebtedness, for example, as a result of loans, overdrafts and credit cards.

On Tuesday, MEPs will discuss with national parliamentarians on the rights of Ukrainian women fleeing the war, particularly reception conditions and access to social protection, the labour market, housing, childcare and education.

Still on Tuesday, Parliament will publish a Eurobarometer survey on EU citizens’ media habits, their trust in different media sources, and attitudes to the threat of disinformation.

Fit for 55/Renewables and Energy efficiency

On Wednesday, the Industry, Research and Energy Committee will adopt its positions on two draft bills that are part of the “Fit for 55” package to fight climate change. MEPs will vote on new EU targets to accelerate the deployment of renewable energy and increase energy efficiency. The measures would also support the EU’s energy sovereignty and security in the context of Russia’s invasion of Ukraine.

On Wednesday, the Civil Liberties Committee will adopt a report detailing the Hungarian government’s systemic threats to EU values in the country. MEPs are likely to say that member states should have already acted to address this situation and that any further delay would amount to a breach of the rule of law by the Council itself.

Still on Wednesday, the Foreign Affairs Committee, the Security and Defence Subcommittee and the Delegation for relations with NATO will discuss EU-NATO cooperation and the outcome of the 28-30 June NATO summit with Secretary General Jens Stoltenberg.

COVID-19The Parliament’s Special Committee on the COVID-19 pandemic will hold a debate, on Wednesday, with the director of the European Centre for Disease Prevention and Control (ECDC), the Health Emergency Preparedness and Response Authority’s (HERA) Director-General, and chief epidemiologists from several EU countries.