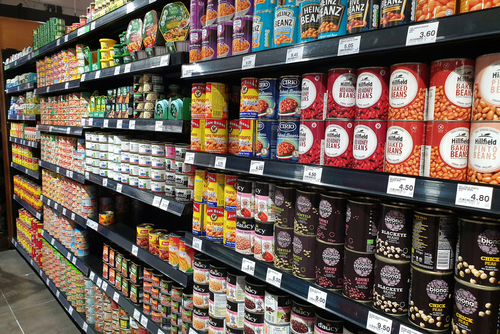 Brussels (Brussels Morning) Imports of soya, beef and coffee are among the commodities subject to a proposed ban by the European Commission as it presses import ahead with its drive to protect the world’s endangered forests.

The initiative, a pillar of the European Green Deal, seeks to curtail deforestation by requiring companies to prove that certain agricultural products destined for sale in EU markets are not contributing to harmful deforestation practices. The aim is to ensure that only legally harvested, environmentally safeguarding products will be allowed to be sold on the EU market.

Announcing the new draft law, Commission VP Frans Timmermans highlighted the devastating impact associated with the rapid expansion of industrial agriculture: “Just counting from 1990 to 2020, the world has lost 420 million hectares of forest — an area larger than the EU”.

According to the UN’s Food and Agriculture Organization, the countries responsible for the most deforestation during the 2010s were Brazil (18.9 million ha of net forest conversion), the Democratic Republic of the Congo (11M ha), Indonesia (8M ha), Angola (5.6M ha) and Canada (4.5M ha).

The EU executive’s draft law would ensure that EU citizens would have the guarantee that the products they buy, use and consume on the EU market neither result from nor condone global deforestation and forest degradation practices.

Import bans will feature on commodities like soy, beef, palm oil, wood, cocoa and coffee and some of their derived products. In practice, the law expects companies to comply with mandatory due diligence rules if they want to place these commodities on the EU market.

“To succeed in the global fight against the climate and biodiversity crises we must take the responsibility to act at home as well as abroad”, Timmermans said.

The initiative was described by NGOs as a “glimpse of hope”, cautioning however that the proposal could “still be improved” and that “major gaps” persist.

Nicole Polsterer, Sustainable Consumption and Production campaigner at Fern, noted that since the EC draft law relies on the laws of producer countries to determine whether commodities are linked to human rights violations, the proposed ban could prove worthless: “In a country such as Brazil, this would mean relying on the Bolsonaro government to protect Indigenous rights – something it fails to do”.

Meantime, Greenpeace pointed out that that the proposal does not require companies trading in commodities and products to observe international laws protecting the rights of Indigenous People and local communities.

“EU governments and the European Parliament must tighten up the law so people can be sure that what’s in their shopping basket isn’t linked to the destruction of nature or human rights abuse”, Greenpeace EU agriculture and forest campaigner, Sini Eräjää, insisted.

Greenpeace also noted that the EU should pay equal attention and commitment to other types of ecosystems including savannahs and wetlands — areas of major importance to climate action and biodiversity.

Moreover, the proposal needs to include other critical commodities such as pork, poultry, rubber and maize that also contribute to deforestation, the environmental NGO said.

“We are gradually changing the rules of world trade to inject respect for environmental issues into their core”, MEP Pascal Canfin (Renew Europe) said, noting that in the upcoming negotiations he intends to demand that raw material used to make rubber — a leading cause of deforestation in Southeast Asia — should be included as well.

Negotiations in the Parliament and between national ministers are expected to start in earnest in the first half of 2022, during the French Presidency of the Council.