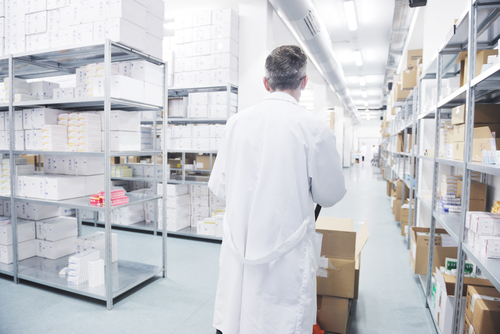 Brussels (Brussels Morning) The EU is looking to introduce stricter rules for pharmaceutical companies in order to ensure a more stable supply of medicines in the Union. At the same time, it hopes to reduce imports from countries deemed to be “autocracies”.

Speaking at a meeting of EU health ministers in Slovenia, Health Commissioner Stella Kyriakides raised the issue, citing the need to amend existing drug import regulations. “We need to update our legislation to address shortages in areas like harmonised reporting, stronger obligation of supply and greater transparency in the supply chain”, she declared.

European Commission estimates indicate that some two-thirds of the global supply of medicinal ingredients is produced in China. Reportedly, the EC wishes to reduce its reliance on foreign-made ingredients.

Germany’s Healthcare Minister Jens Spahn told reporters after the meeting that the global pandemic has demonstrated how the EU is too dependent on China and other third countries when it comes to pharmaceuticals.

“Just imagine a world when vaccines only had been developed in China or Russia, and Western democracies and the European Union would be dependent on these autocracies for a vaccine. It would not be a good world”, Spahn asserted.

Any plans for change, however, will have to wait for an in-depth assessment of how the global pharmaceutical industry works. Draft legislative proposals are not expected before December 2022, according to a working programme seen by Reuters.

Some of the ideas proffered include innovation incentives for drug makers, with a caveat that they must commit to stricter supply obligations across the EU, a mandated minimum supply of medicines, and an obligation that manufacturers must have crisis plans in place and provide early warnings when they expect potential risks of shortages.