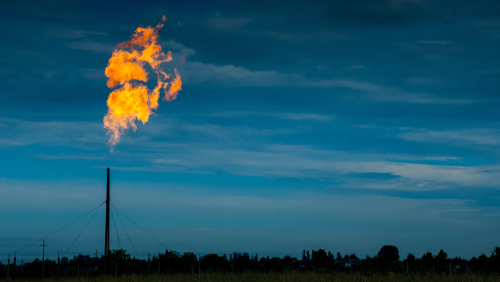 This decision comes weeks after the United Nations Climate Change Conference in Egypt, where the EU announced it would step up its environmental efforts, according to Reuters reporting on Monday.

Last year, the European Commission proposed rules for companies in the oil and gas sector to fix any methane leaks in their infrastructure, which EU member states and Parliament are to discuss next year.

The EC called for quarterly checks for all gas infrastructure to make sure the bloc meets its target of 30-percent reduction by 2030.

Bloc members agreed on Monday to relax proposed rules, with liquefied natural gas (LNG) terminals and compressor stations to be checked twice per year, valve stations once per year and pipelines once in two years.

According to documents seen by Reuters, Hungary and Romania called for more relaxed rules.

Dan Dragoș Drăgan, Romanian Secretary of State in the Ministry of Energy, noted that the country is concerned about “bottlenecks in the supply of components, skilled workforce and administrative capacity.”

Claude Turmes, Energy Minister of Luxembourg, expressed surprise as the lack of ambition of other EU member states.

“Nobody understands how Europe, who is so committed to climate change, can come up with such a weak governmental position on methane,” he stated.

Newly agreed rules do not apply to infrastructure outside the EU that transports gas to the bloc, but EU member states agreed to discuss after new rules come into effect whether they should be extended to imports, which Germany called for.

The EU covers approximately 80% of its gas needs with imports.EU member states are among 150 or so countries that pledged to cut their methane emissions approximately one third by 2030 and the bloc recently announced it would adopt more ambitious climate targets when it comes to methane.