A European minimum wage will protect workers and businesses 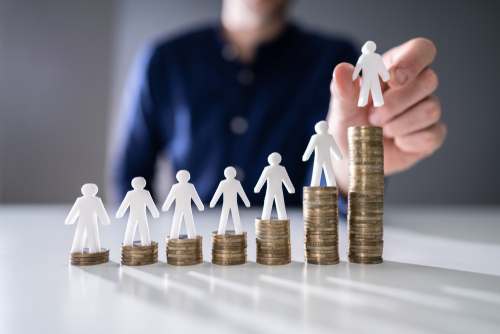 Workers should always be able to make ends meet, with a minimum wage they can, writes Daniela Rondinelli.

Brussels (Brussels Morning) One-tenth of workers in Europe struggle to make ends meet up until the end of the month. It is hard to believe that despite being gainfully employed, people still have difficulty paying their bills, purchasing food and managing all other essentials. But that’s the reality in Italy where the incidence of in-work poverty currently sits around the 12% mark.

There is only one solution to such an injustice: the adoption of a European minimum wage directive as soon as possible, obliging every member state to set a minimum wage threshold for all workers.

That possibility is, however, is coming more within our grasp. The draft report by co-rapporteurs MEP Dennis Radtke (EPP) and MEP Agnes Jongerius (S&D) on the relevant Commission proposal indicates that considerable headway has been made since the Commission tabled its initial version, which was somewhat pusillanimous, leaving too much to the discretion of the member states.

The draft submitted by the two European Parliament rapporteurs, on the other hand, incorporates many progressive proposals, particularly five key areas: a clear definition of fair and decent pay, an increase in collective bargaining coverage from 70% to 90%, the mandatory criterion being 50% of the average wage and 60% of the median wage, and elimination of productivity clauses with law-evading loopholes.

In addition, only genuinely representative trade union organisations are entitled to negotiate pay levels and not some shadowy works council or ad hoc body representing employers. Finally, provision is made for review of the directive every three years, a distinct improvement on the five-year interval originally proposed by the Commission.

While these measures collectively provide greater protection for more vulnerable workers, they are still insufficient. The introduction of a European minimum wage is undeniably the most significant political initiative that has been taken in the last 15 years towards bringing Europe into line with social principles and offering a fairer deal. However, our own aims are still more ambitious and we have three additional proposals for further improvement.

The first is that the minimum wage must always be above the relative poverty threshold, since we need to raise the bar when it comes to upholding workers’ rights.

Secondly, we must ensure fair competition on the internal market and combat wage-dumping practices. In this way, the statutory minimum wage will assist Italian companies in particular by eliminating competitors seeking to undercut labour costs.

Finally, artful dodgers beware: companies that do not comply with collective bargaining rules must be excluded from public contracting and made ineligible for EU and national funding.

We are confident of being able to garner a majority for this package in the European Parliament, which has already adopted a report on reducing inequalities and in-work poverty, thereby paving the way for a European response to low wages, a serious problem affecting millions of workers and leading to social dumping.

Lower wages, especially in Eastern Europe, might prompt certain companies (especially multinationals) that are tempted by cheap labour to relocate accordingly. A European minimum wage factoring in national differences would also help create a level playing field for our companies on the European market.

My hope is to transform Europe into the continent of rights and opportunities and thanks to the minimum wage we will succeed.