EU is allergic to Libya 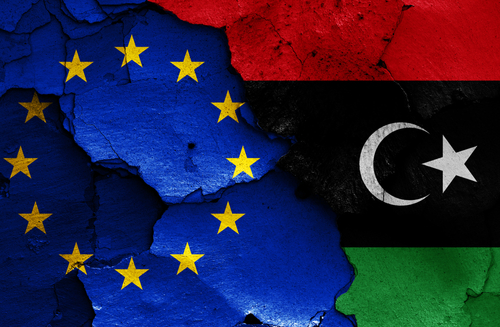 Istanbul (Brussels Morning) EU foreign policy on Libya seems to be one of “go where the wind blows”, a case of regional powers teaching EU diplomats how the game is played. However, if Brussels continues to sneeze whenever it hears about Libya, soon it will be left out, ridiculed, and disappointed on the sidelines.

Turkey and Qatar favour and support political change for the Libyan state through electoral victories by Islamist parties within a republican system.

Saudi Arabia, the United Arab Emirates (UAE), and Egypt, on the other hand, are committed to preserving not just the Libyan political status quo, but they also prefer a more conservative understanding of political Islam.

Egypt and the UAE, as the main sponsors of ex-General Haftar, are increasingly exposed to the collapse of their political investment, given Haftar’s inability to capitalise on his political and military strength.

The EU has a hard time understanding that certain aspects of the Libyan situation are both challenging and difficult to grasp. Libya has numerous players on the ground, not too many strong institutions to work with, and zero prospects of close collaboration with the EU on the horizon. The relationship seems to be revolve around a sheer power game about influence and interests.

Perhaps the big question the Europeans should ask themselves is whether they are equipped and willing to manage the situation on entering the fray, and, more importantly, if they know how to play a game that the EU has rarely played before and seldom performed well when it has.

A failed management plan of migration in Libya

Human Rights Watch has published evidence repeatedly that shows how inadequate humanitarian assistance from Italy and other EU member states has been for detained migrants and asylum seekers, and for evacuation and repatriation programmes, and how it has failed to bring about significant change when it comes to addressing the systematic problems associated with the detention and mistreatment of migrants in Libya.

The presence of migrants from neighbouring countries underscores the role and influence historical ties among communities along the Libyan borders play and how geographical proximity determines the dynamics of migration to Libya.

Unfortunately, Libya has initiated its own “code of conduct” by which it seeks to intimidate and control NGO rescue vessels, preventing them from saving lives and documenting state crimes. In effect, the Libyan authorities are intimidating volunteer activists, mostly European citizens, while encouraging and paying criminal parties in third countries to abuse migrants.

The Berlin’s conference main promoter is Germany, a diplomatic initiative for a resolution of the Libyan conflict.

Rome is one of the key supporters of Fayez al-Sarraj, Chairman of the Presidential Council of Libya and Prime Minister of the Government of National Accord from 2016 to 2021, and so far, this has helped by laying the groundwork for dialogue with General Haftar.

Rome also focuses on maintaining its political influence in Tripolitania as a means of ensuring its continued collaboration with local authorities in the fight against terrorism, illegal smuggling, and, more importantly, illegal migration. Berlin seems to be more than happy to let Rome deal with the most troublesome region of the Middle East and North Africa (MENA).

Paris and the ruling powers in the east have had a positive relationship with the country’s political elite, especially with General Haftar. Libya’s UN-recognised government had officially accused the Paris-Dubai-Riyad-Cairo coalition of providing weapons and international support to General Haftar. The reason for their political initiatives in Libya was vested in their strategic interest to halt Ankara’s efforts to increase Turkey’s influence throughout the entire Mediterranean region.

AK: In the case of the conflict in Libya, EU foreign policy appears be both inconsistent and unreliable. Is there a reason for this?

FP: Since Libya’s long-time ruler Muammar Gaddafi, was ousted from power in 2011, the country has been dealing with enormous challenges of instability and insecurity reflecting a crisis of political deadlock and divided state institutions.

Libya is seen by many EU countries almost exclusively through the lens of immigration and terrorism. Germany’s vital concern in Libya seems to revolve around the issue of migrants, a major political and electoral issue for the country. For instance, in 2018, Christian Buck, a former German ambassador to Libya, said 80% to 90% of illegal migrants arriving in Italy from Libya end up in Germany.

Libya’s rival sides reached a permanent ceasefire agreement in October 2020, a pact that the UN described as an important turning point in the drive for peace and stability in Libya. However, the situation remains fragile, due to the presence of foreign fighters and mercenaries backed by a number of countries with the power to disrupt the current peace agreements and to delay the parliamentary and presidential elections planned for 24 December 2021.

AK: How effective is Germany’s so-called “silent approach” regarding international mediation in Libya and North Africa? As a strategic partner for most of the countries in the region, should Berlin have a vocal role in addressing emerging crises?

FP: Germany seems to have a comparatively more neutral position in Libya than both Italy and France. Over the past two years, Germany has taken a more proactive role to be involved in any potential peace process and organised conferences on Libya in support of the UN-backed political road map. As it is, Berlin is profoundly concerned that the continued deterioration of the situation in the country potentially will lead to a greater influx of migrants and refugees to Europe. Berlin seems to believe that if the conflict escalates further and spreads beyond the country, the consequences will not only affect Libya but also its neighbours in Africa and Europe. As a result, Germany has hosted two conferences in Libya since 2020.