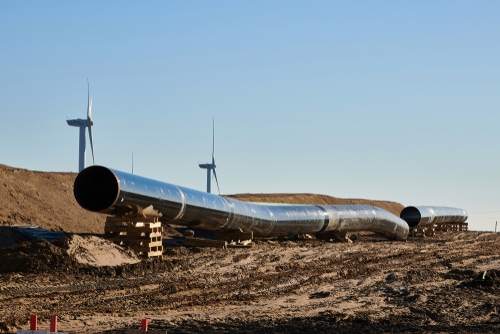 Belgium, (Brussels Morning Newspaper) After Canada approved the return of a repaired Nord Stream 1 turbine, Ukraine called for reversing the decision and the EC welcomed the move.

Canada noted on Saturday that it issued a “time-limited and revocable permit” to exempt the return of the turbine from its sanctions against Russia, according to Reuters reporting on Wednesday.

Russia previously stressed that natural gas flow through the Nord Stream 1 pipeline was down because German Siemens industry group has not returned the gas turbine it was servicing in Canada.

Ukrainian ministries of Energy and Foreign Affairs called on Canada to reverse the decision which they say was tailoring sanctions against Moscow “to the whims of Russia.”

The Ukrainian World Congress diaspora organisation stressed in a statement that Canada’s “exemption to the sanctions regime against Russia is totally unacceptable.”

“There are real alternatives to Germany’s gas needs, including buying through Ukraine’s pipeline,” the organisation stated.

The organisation noted that it filed for judicial review of the move and called for “a declaration that the decision to provide a permit to Siemens was unreasonable and unauthorised.”

On the other hand, the European Commission welcomed Canada’s decision to return the repaired turbine to Germany in a statement on Tuesday.

“With the return of this part, one of the excuses being used by Russia for reduced gas flows has been removed,” the EC stressed.

The body pointed out that it has been in close contact with Siemens, Germany and Canada “to ensure that we were well informed of the situation.”

The Commission noted that it will continue cooperating with international partners, including Canada and the US, “to ensure the energy security of Europe for the coming winter.”

The body reminded that EU member states are aiming to fill natural gas storages to 80% by November this year, in line with new rules that the Commission proposed in March and member states approved in June.

“We also continue the work under our REPowerEU Plan to diversify our energy supplies, accelerate deployment of renewable energy sources, and to strengthen our energy efficiency and energy savings efforts,” the EC concluded.