Why does Belgium pursue the humiliating deal with Iran?

by Tomáš Zdechovský MEP
in Opinion, Our pick 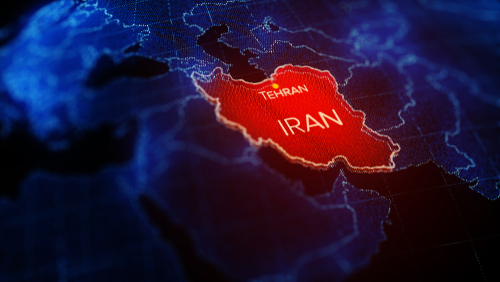 Brussels – Brussels Morning:- Belgium is preparing to extradite convicted criminals to Iran, and de facto setting them free. The Belgium parliament is now debating the ratification of a prisoner-exchange treaty with Iran, which could also enable the liberation of Iranian diplomat Asadollah Asadi, sentenced to 20 years of prison for his role in planning of terrorist attack targeted at the assembly of protestors of Iranian regime in France. Iran is now demanding his liberation.

Since recently Belgium government stopped commenting on the treaty at all. It is however known that Iran has imprisoned one Belgium citizen in February, as a tool to blackmail the country. This is unfortunately not a one-off instance, but a pattern of Iran using hostages to blackmail western nations.

Apart from the Belgium citizen, Iran is also confining Swedish citizen with Iranian roots, Ahmad reza Djalali, to force Belgium and Sweden to extradite former Iranian leaders, including abovementioned Asadi. In 2017 Iranian judiciary sentenced Djalali to death after alleging espionage for Israel. Another prisoner in Iran is French Benjamin Brière, who sentenced this February for alleged espionage and propaganda.

Iranian strategy is to capture foreigners and hold them hostage to pursue their own interests and the proposed treaty is about to legitimise such practice. It is therefore not surprising that the deal is attracting controversy and outrage in both countries, on one side from the critics of Iranian regime and Iranian opposition members living in exile on the other.

What does the deal mean in practice?

The treaty between Belgium and Iran was signed in February. Now the parliament awaits its ratification for the deal to enter into force. The ratification would mean that Iranians sentenced in Belgium could spend their sentence in Iran, and vice versa, that Belgium citizen sentenced in Iran could be extradited to Belgium.

The consequence of the treaty in practice is also a release of Asadi, sentenced for terrorism, because the treaty allows both parties to award amnesties. There is no doubt that as soon as Asadi, a former Iranian diplomat, sets his foot on Iranian grounds, he will be welcomed as national hero and subsequently released.

The proposed deal is criticised to undermine the fight against terrorism in Belgium, the legitimacy of judiciary and enforcement of the law. Furthermore, the voices of loud critique do not only come  from Belgium but also from abroad. The apprehensiveness from other side of the Atlantics shows the severity of situation.

U.S. security services workers also voiced harsh words of disapproval. Nine former high rank leaders of American security services addressed in their letter that the treaty is humiliating and disrespectful to all who risked their lives to prevent the terrorist attacks of 2018.

They continue that the treaty will effectively prevent judicial system from fulfilling its fundamental duty of protecting the European citizens, since it will preclude the possibility of bringing perpetrators to justice. The authors, including the director of FBI Louis Freeh, and a handful of former American soldiers and generals, warn that the treaty can make Belgium a hotspot for terrorist operations and Iranian intelligence agency’s activities.

The Foreign Affairs Committee of the Belgian parliament has voiced its support for the treaty in Wednesday’s session, ultimately opening the door for the ratification by the plenary. The treaty debated by the Belgium parliament presents security threats to all Europeans including Belgium citizens, and sends a clear signal to Iranian totalitarian regime: “You can commit terrorist activities in Belgium with a help of your “diplomats”, and until you have a luggage to blackmail European  countries, it will go unnoticed.

This is a very dangerous deal, that is pretty much saying: if you are Iranian and commit a terrorist attack in Belgium, you will not end up as a Belgium prisoner but as a celebrated Iranian hero.

The proposed deal can furthermore create a very dangerous precedent. Iran will be encouraged to dedicate more efforts to terrorism, and there is a real possibility that other countries will follow.

European countries cannot ever let such deal with one of the worst totalitarian regimes in the world slide. The ratification of the treaty would mean the victory for a country accustomed to terrorist practices but a defeat and huge humiliation for Belgium and the entire Europe.