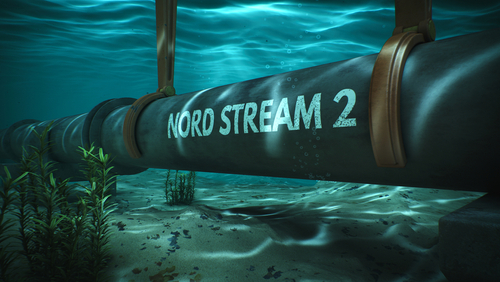 Brussels (Brussels Morning) European insurers are reluctant to cover the operations of the Russian Nord Stream 2 pipeline, fearing the politically-sensitive project could become subject to more US sanctions at a moment’s notice.

The Baltic Sea pipeline was designed to double the capacity of gas delivery from Russia to Germany, but has faced heavy political opposition within Europe, as well as constant political pressure from the US, which fears the pipeline could make the EU more dependent on Russian gas.

Last week, the US stepped up sanctions against companies tied to the project, as Germany’s energy regulator halted the pipeline’s certification process, insisting it must be operated through a German entity. Currently, the pipeline is managed by a Swiss consortium, which is owned by the Russian gas giant Gazprom.

Earlier this year, some of Europe’s top insurers pulled out of insuring the construction, fearful of US sanctions. Insurers AXA, Zurich and reinsurer Munich Re all abandoned the project because of the looming uncertainty surrounding it.

The US waived sanctions against the operating company earlier in the year. Legally, this enables non-US companies to provide financial and insurance services for the pipeline, but the buildup of Russian troops on the border with Ukraine is making companies wary.

US Secretary of State Antony Blinken warned Moscow on Wednesday that Russia would face “high-impact” sanctions should it attempt an invasion of Ukraine. NATO Secretary-General Jens Stoltenberg likewise warned Russia on Tuesday that any invasion would carry a “high price”.

Contacted by Reuters, most major European insurers said they are currently not covering Nord Stream 2, and nearly all who responded made a point of emphasising that they place “a high priority on sanctions compliance.”

As the construction phase is now complete, the pipeline needs business insurance to safeguard its investment against property damage and business interruptions and to cover the liability of directors and other officials. Lacking European options, the firm could move to seek insurers in Russia, though they are also likely to be targeted by sanctions, which could leave the company exposed to further risks.