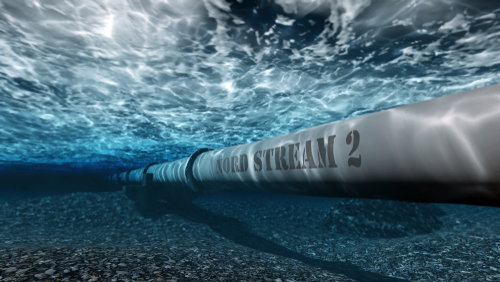 Zelensky described the pipeline as a “geopolitical weapon of the Kremlin” and warned that it presents a threat to security as it will strengthen Russia’s influence in the region, according to BBC reporting on Monday.

Merkel reiterated that Germany and the US recently signed an agreement according to which Moscow could face sanctions if gas was “used as a weapon.” She pledged to provide Ukraine with more than $US one billion to help the country grow its renewable energy sector.

While approximately 40% of gas consumed in the EU comes from Russia, Merkel claims that the new gas pipeline would not make Germany dependent on Moscow.

“It is important that Ukraine remains a transit land,” Merkel stressed after the meeting and called for extension of the transit agreement between Ukraine and Russia beyond 2024, according to Reuters reporting on Sunday.

Ukraine’s campaign against the pipeline

Ukraine has been calling on the US to stop the project with sanctions, which the administration headed by President Joe Biden decided against, warning that Nord Stream 2 presents a threat to European security.

“As for the continuation of transit through Ukraine after 2024, I think that so far these things are too general,” he concluded.

Merkel attended a meeting with Russian President Vladimir Putin last week, where she asked him to extend the transit agreement with Ukraine. Putin noted that Moscow is open to the proposal but needs more details.