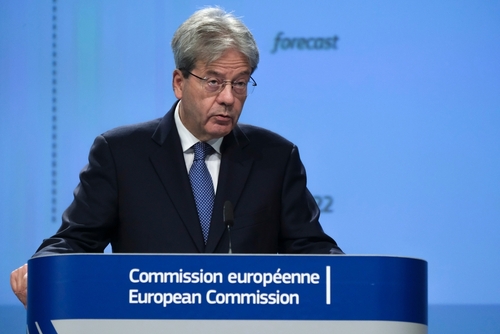 He reminded that the country joined the EU in 2013 and added that it is now prepared to adopt the euro on 1 January 2023, the Commission noted in a statement on Wednesday.

Gentiloni reminded that Croatia torn by war in the 1990s and stressed that the country has come far in the last three decades.

“We welcomed Croatia into our Union in 2013, and today we have concluded that Croatia is ready to adopt our single currency on 1 January 2023,” he noted.

He described the eurozone as the European Commission’s most ambitious project, adding that it survived a crisis some ten years ago and emerged stronger from it.

Dombrovskis stated that the euro “remains a rock of stability in turbulent times” and added that joining the eurozone is an opportunity as well as a formal goal for EU member states.

“Having celebrated the twentieth anniversary of euro notes and coins at the start of this year – when the first twelve countries made the switch – today the euro area can look forward to welcoming its twentieth member,” he announced.

Dombrovskis noted that the EC and the European Central Bank (ECB) released their convergence reports earlier on Wednesday and pointed out that the EU Council and the EU Parliament still have to approve Croatia’s accession to the eurozone.

He noted that the Economic and Financial Affairs Council (ECOFIN) is to give final approval in July, adding that preparations to replace the national currency with the euro are underway.

“We will continue to monitor progress over the coming months and stand ready to provide the Croatian authorities with technical assistance for the transition if needed,” Dombrovskis stressed.

According to Dombrovskis, joining the eurozone will be beneficial for Croatia’s economy as transactions and financing costs will be lower and capital flows higher.

He reminded that Bulgaria is aspiring to enter the eurozone in 2024 and concluded that the EC will continue to cooperate closely with the country to help it achieve this goal.