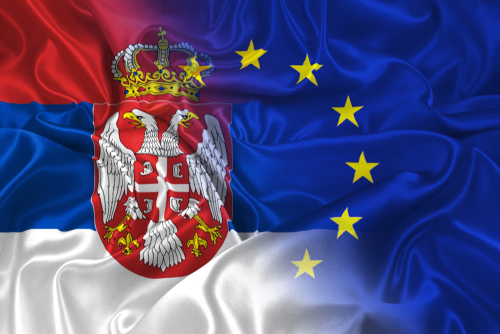 The EC noted that it previously instructed aspiring bloc members on their foreign policy, stressing that it told them to distance themselves from Russia, according to Reuters reporting on Monday.

On Friday, Serbian Minister of Foreign Affairs Nikola Selaković and his Russian counterpart Sergey Lavrov signed a consultations agreement. Selaković pointed out that the plan includes consultations on bilateral as well as multilateral activities, but not security policies.

Serbia is trying to balance its aspirations to join the EU with traditionally close ties with Russia, with the EC objecting to the latter.

EC spokesman Peter Stano pointed out at a press conference in Brussels on Monday that Serbia and Russia signed the document last week, days after Russia announced a partial mobilisation and plans to hold referenda in parts of occupied Ukrainian territory.

Stano noted that the agreement between Serbia and Russia was “a very clear sign about their intention to strengthen their ties” and added that the move “is raising serious questions.”

He stressed that the EC was clear with aspiring EU members about how they are to approach Russia. Stano added that Serbia declared its plan to join the EU a strategic priority, which implies alignment with the bloc’s policies, “including on foreign policy issues.”

He warned that the EC is “taking this very seriously” and concluded that the body will keep a close eye on developments.

Serbian Interior Minister Aleksandar Vulin commented on EC’s denouncement, describing the consultations agreement as a “technical document” and stressing that the EC does “not want to allow Serbian President Aleksandar Vučić to have independent policies.”

Serbia previously condemned Russia’s aggression against Ukraine at the UN, but did not join Western countries in imposing sanctions against Moscow.

At the end of last week, Selaković announced Serbia would dismiss results of announced referenda in occupied parts of Ukraine. “It would be against our national interests,” he conclulded.

Serbia applied to join the EU at the end of 2009 and became an EU candidate in 2012. The country is planning to wrap up the negotiations process by the end of 2024 and join the bloc in 2025.