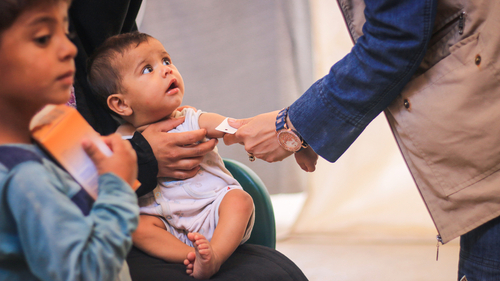 Brussels (Brussels Morning) Almost 200 groups have publicly condemned the UK government’s consultation on refugee policy in a public statement, decrying the process as a “sham”, The Guardian reported.

The 192 signatories to the public statement include a diverse array of refugee rights groups, human rights organisations, legal organisations and faith groups, all of which have dismissed the government’s six-week consultation on the New Plan for Immigration as “vague, unworkable, cruel and potentially unlawful”.

The UK Home Secretary Priti Patel initiated the consultation with the stated goal of making the asylum and immigration system fairer and more efficient, of deterring illegal entry to Britain, and of enabling the government to more easily deport people the authorities determine have no right to be in the UK.

But the rights groups warn that the consultation is poorly designed, confusing and inaccessible. Moreover, they note that it gives organisations less than six working weeks to respond to the process – whereas a typical consultation in similar processes would take at least three months.

According to Tim Naor Hilton, head of the Refugee Action organization, one of the statement’s signatories, the ongoing consultation, set to end on 6 May, represents “an attempt to gift-wrap the ugliest attack on the asylum system” in a generation. “The government must scrap its proposed changes to refugee policy and work properly with stakeholders to create a system that is fair, effective and compassionate”, Hilton declared.

“The government is proposing radical and dangerous changes to the UK’s refugee protection system”, warned Chai Patel, legal policy director at the Joint Council for the Welfare of Immigrants, another of the organisations behind the statement. Patel noted the changes need serious consideration, and denounced the consultation as a “sham intended to mislead Parliament into believing there is merit to plans which will deny safety to people fleeing war and persecution”.