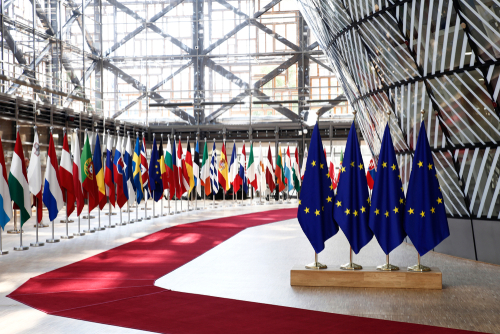 Belgium (Brussels Morning Newspaper) The Serbian electorate is split between supporting Russia’s President Vladimir Putin and opposing his invasion of Ukraine, while Serbia’s President Aleksandar Vučić is finding it increasingly difficult to steer the fine line between Moscow and Brussels that has marked his foreign policy ever since he came to power in Serbia in 2014.

Vučić’s pro-government tabloids have regularly lauded Putin and the “brotherhood” between Serbs and Russians, an historic alliance between two Orthodox Christian nations that held through both world wars.

First as Prime Minister, and now as President, Vučić has taken advantage of every opportunity afforded him to be photographed with Putin and to present Serbia as a close Russian ally, while at the same time seeking future membership in the European Union for his country.

The pro-regime media in Belgrade have often downplayed the EU’s contributions to Serbia in the form of direct investments and foreign aid, while overplaying the aid coming from Moscow and Beijing. A 2020 survey showed the majority of Serbs believed China was the country providing most aid to Serbia. Between 2010 and 2020, Belgrade received 1.8 billion euro in pre-accession and other aid from Brussels, while receiving only 6.6 million euro from China during the same period.

Nationalist voters, the core of Vučić’s supporters, are overwhelmingly in support of Vučić’s and Serbia’s ties to Moscow and Beijing, while only grudgingly accepting the country’s EU aspirations. They harbour a deep hatred of NATO, stemming from the alliance’s 1999 bombing campaign and the subsequent declaration of Kosovo’s independence. On the economic side, the EU is Serbia’s biggest trading partner, but the country’s energy sector is almost fully dependent on Russian oil, gas and coal.

Most moderate voters, however, strongly oppose the invasion of Ukraine. A series of protests have been held in recent days by both pro-Putin and anti-Putin voters.  A mural celebrating Putin that showed up in Belgrade last week was quickly defaced when someone wrote “killer” on the picture, and drew the moustache of the Soviet dictator Stalin on Putin’s face.

As the Russian invasion of Ukraine exacerbates tensions between Moscow and Brussels, Vučić is increasingly called upon to choose a side, but doing so could cost both Vučić and Serbia dearly. Last week, a European Parliament resolution warned how candidate countries are expected to follow EU’s common foreign policy, including that on sanctions, something which Vučić, for now, has refused to do.

Should Vučić sanction Russia, the counter-sanctions could potentially cripple the Serbian economy and cost him dearly in the triple elections due in April – presidential, parliamentary, and Belgrade local elections. If he continues to refuse to act, Serbia’s status as an EU candidate country could be jeopardised, and that includes the millions of euro in aid that have been coming regularly from Brussels.

Vučić is still attempting to find a middle ground, publicly declaring his support for Ukraine and its territorial integrity, voting with the majority of the UN for the resolution condemning the invasion, and hoping that this would be sufficient to placate Brussels at least until the elections are over.