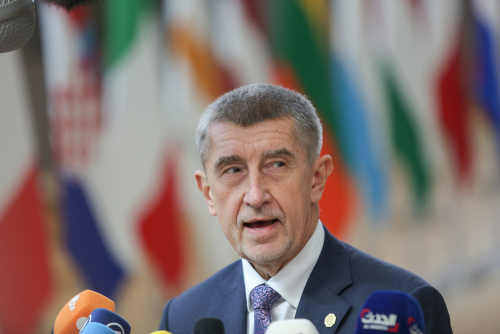 The vote, instigated by two opposition coalitions, was called for  because of  the government’s perceived failures in handling the coronavirus pandemic, and an investigation into billionaire Babiš’ reported conflicts of interest, Reuters reported.

The two opposition blocks mustered 89 votes in favour of removing Babiš, 12 short of the 101 votes needed for a majority. The Communist Party, which originally backed the current PM but then cut ties with the government in April, left the chamber, refusing to cast its 15 votes, which would have been enough to oust him.

“The government does not have our confidence, but the rightist (opposition) parties even less so”, Communist Party chair Vojtech Filip declared ahead of the vote. “Therefore we will not participate in this pointless spectacle, and we are leaving to work for the people”.

Had the vote succeeded, it would not have meant immediate removal for Babiš. It would have been left to pro-Russian President Miloš Zeman to decide who should hold power until the October parliamentary elections. Zeman could have retained Babiš as a caretaker PM.

The Babiš-led ANO party has slipped to second place in the polls this year, falling behind a coalition of the liberal Pirate Party and the Mayors Party. Right behind ANO is the centre-right coalition SPOLU. Polls show the two opposition blocks with sufficient support to translate into a narrow majority after the election.
The no-confidence vote came as the Czech police again recommended that the prosecutors should press charges against Babiš, claiming that there is sufficient evidence the PM had abused his position and deliberately misused EU funds to help his business empire interests.