by Stelios Kouloglou
in Opinion 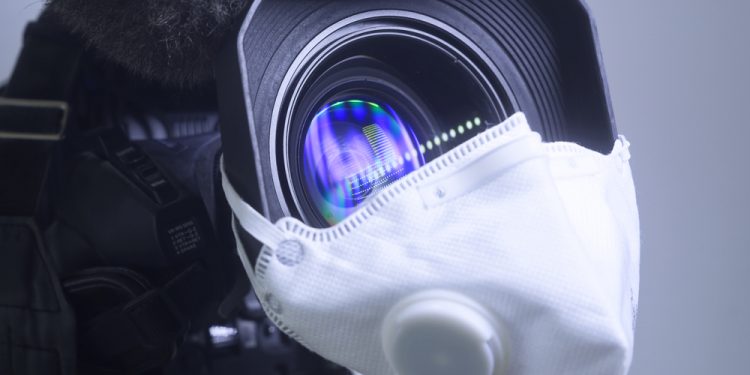 Athens (Brussels Morning) More than 3,000 years ago, Odysseus came up with the famous Trojan horse plan, wrapping his assault to the city of Troy as a present. In 2020, the Greek government once again used such a method to achieve its purposes.

Whereas movement restriction and social distancing might be an acceptable price to pay for the sake of public health, the Greek government went over and beyond that: they used the pandemic to suppress media freedom. In doing so, Athens is aligning itself with Orban’s authoritarian policies.

In Greece, freedom of the press is methodically attacked by a system that favours practices of corruption and entanglement of political power with media and business, which is incompatible with EU values and principles.

Specifically, in the last few days, the editor-in-chief of “To Vima”, a widely circulated newspaper, was forced to resign, complaining of “unbearable pressure” by the Prime Minister’s Office. A report was leaked that revealed the government had a covert COVID-19 case recording system for propaganda purposes. After her resignation, the newspaper and media group it belongs to deleted the relevant reports from all its electronic publications.

A few days earlier, a well-known journalist of “Ta Nea”, also a historic newspaper of the same media group, resigned. The two newspapers, a news portal (in.gr), a national television station (Mega) as well as the distribution system for all newspapers (Argos S.A.), belong to the businessman Mr. Marinakis, while the Competition Commission that was investigating this monopoly was abolished by the government.

Mr. Marinakis, who is also the owner of the popular football team Olympiakos, is a friend of the prime minister’s family, and according to unconfirmed press reports, forced the first journalist to resign. Serious criminal cases are pending against Mr. Marinakis, accusing him of forming a criminal organisation.

The cases of the two journalists are the latest instances of the government’s attempt to fully manipulate public media, as well as private media controlled by pro-government business groups.

Broadcasts were censored on public radio and television. Tax and debt exemptions were voted in favour of the TV stations owners, while the minimum of employees that each station ought to employ was abolished. With another bill, media group owners were relieved of the obligation to justify the origin of the funds used to buy their shares, which could favour the circulation of “black money”.

The most scandalous attempt, although, was that the government, under the pretext of the pandemic, directly financed friendly media with huge sums (a total of 22 million euros), despite a law that stipulates that the transmission of public service messages must be free. Here are some examples that demonstrate how the money was shared:

Daily newspapers in opposition to the government received minimal amounts (30,000) or were excluded completely. A virtually unknown site covering women’s issues that had reported that the prime minsiter’s wife, Mareva Grabovski-Mitsotaki “is fit” received 100,000 euros.

The reaction of a popular television station (SKAI) is characteristic: in a morning, high-profile and high ratings, news show it aired a report on the start of vaccination in Greece with a description that stated, “The Prime Minister is vaccinated together with the ultra-elegant Mareva on 28 December”.

Two of the media outlets that had been generously funded, mistakenly copy-pasted on their websites the suggestions of the Prime Minister’s Office to the political editors on how to deal with the opposition. The media group that includes the “Liberal” news website was funded with 223,000 euros, while the group that includes the newspaper “Proto Thema” received 520,000 euros.

This year, threats to media freedom were not present only in Greece. A threat to media freedom is also emerging in London, where a particularly important trial is taking place: the extradition to the US hearings of Julian Assange, the founder of Wikileaks, where he is facing accusations that could mean 170 years in prison.

If Assange is extradited, a dangerous precedent will be established. Any government could in response, prosecute and demand the extradition of any journalist — even if he is a foreign citizen — because he might write something displeasing towards it.

The fear for our well-being, as any extreme situation, might affect our priorities. But the day that the pandemic will be over will come — hopefully, sooner rather than later. We must make sure our societies remain democratic when that happens.