Counter-Drone Tech: Can Military UAVs Be Shot Down? 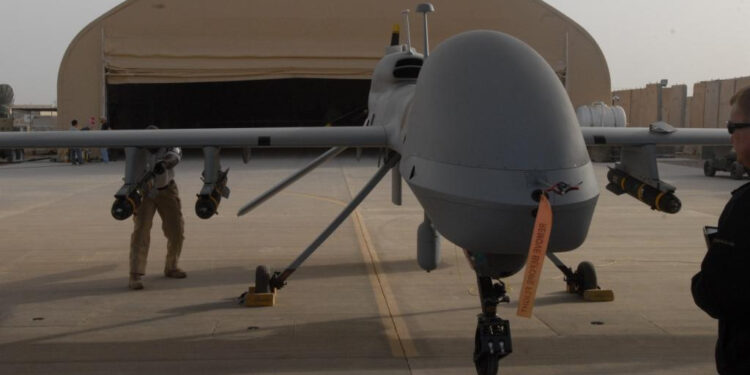 Brussels (Brussels Morning Newspaper) – A head of state was targeted by consumer drones a few months ago, a first. Venezuela’s August 4 event occurred in daylight. (Video). Police said the drones burst and missed Venezuelan President Nicolas Maduro. Military usage of UAVs is longstanding. UAVs were first created in the mid-1800s for military use and have evolved since then.

Commercial drones have made UAVs more accessible and dangerous to warfighters. Thus, robust counter-drone technologies are needed as drone technology grows. Today, we’ll discuss can military drones be shot down and why?

Can Military Drones Be Shot Down?

The current conflict in Ukraine has shown the fragility of uncrewed aerial vehicles (UAVs), notably the Turkish TB-2 Bayraktar deployed by Ukraine. These UAVs have been shot down in huge numbers, which has prompted the Ukrainian Armed Forces to reevaluate their usage of these vehicles (UAF).

Since it entered Syria in 2015 on behalf of the regime of President Bashar al-Assad, the Russian army has also been at the forefront of counter-drone and Electronic Warfare (EW) activities for a considerable time.

Russia is also developing a cutting-edge laser system named Kalina at a Russian space centre. This system is intended to obscure the view of hostile satellites. The development of this system is now taking place at the Krona space complex, which is situated in the extreme southwestern region of Russia and is close to Zelenchukskaya. The enormous RATAN-600 radio telescope is housed inside this space complex, which is already well-known for that reason.

All uncrewed aerial vehicles (UAVs) are piloted via radio frequency (RF) transmission, susceptible to interference and may be disrupted using RF jammers. According to the statement released by the business after the event, “This was a successful demonstration of an integrated FSOC system as a method of operation in a disputed RF environment where there is a requirement for secure, covert operations.”

The project has been approved by the Ministry of Defence (MoD), and it is a component of the Air Command and Control, Intelligence, Surveillance, and Reconnaissance (C2ISR) and Interoperability Project that is being carried out by the Defence Science and Technology Laboratory (DSTL).

Drones in War: What Dangers Do They Present?

The military was the first adopter of uncrewed aerial vehicles (UAVs), although that has changed significantly. Drones are used in many industries and purposes today, including photography, agriculture, construction, and law enforcement, among others, by professionals and amateurs.

The Federal Aviation Administration (FAA) has registered approximately 856,000 drones in the United States as of January 2022, and that figure is quickly becoming larger. According to estimates provided by Statista, the worldwide market for commercial drones is anticipated to expand at a compound annual growth rate of more than 16% between 2021 and 2026, increasing in size from $27.4 billion to $58.4 billion in the United States dollars.

As a result of their ever-increasing popularity and breadth of use, drones provide a greater challenge to the traditional concept of military defence than they ever have before. UAVs, which come in many different shapes and sizes and are equipped with a broad variety of cutting-edge capabilities, are used for a wide variety of criminal endeavours, including the following:

Our military personnel face hostile drones ranging in size and capability, from big combat UAVs to inexpensive quadcopters that are available commercially off the shelf (COTS). Therefore, having up-to-date defences that consist of military drones is very important in reducing the effects of these threats.

Can Military Drones Be Shot Down? Not really. First, the size of actual military drones in comparison to combat planes. They share standard military fighter planes’ weaponry, targeting systems, and avionics. In the United States, it is unlawful to fire aeroplanes, period. It doesn’t matter how dangerous the plane is; firing at it is never an acceptable response.

Notifying the police is the proper legal response to concerns about tiny uncrewed aircraft. They will determine whether a crime has been committed and properly gather evidence to present in court. If it becomes essential, they will notify the FAA. Many times, police have seized drones and detained their operators.