How Far Can A Military Drone Camera See (In Daytime & Night) 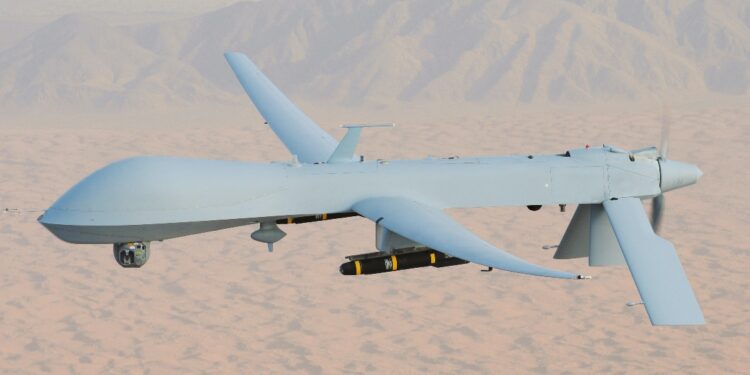 Brussels (Brussels Morning Newspaper) – There is a reason for privacy advocates to fret about the rapid advancement of drone technology. Drone technology has improved greatly over the years, with manufacturers cranking out quadcopters that are almost unbelievable in their level of sophistication and the incredible feats they are capable of. For drone pilots everywhere, this is fantastic news, but privacy advocates have reason to be alarmed. Consequently, you most likely need to discover how far can a military drone camera see?

Details on How Far can military Drone Camera See?

While everyone deserves personal space, this expectation isn’t always respected in the contemporary world. In some cases, the same people tasked with ensuring its safety wind up acting in a way that violates it. To be able to go about our daily lives without feeling like we’re being watched is something we’d all want to have a sense of.

Most individuals who aren’t very impressed with drones’ potential have begun to wonder whether they are necessary in light of the world as we know it. If privacy is an issue for you, you may wonder how far drones can truly see.

Unfortunately, there is no clear solution to this puzzle. This is because various variables affect how far a drone camera can view. Here are some of those elements:

Lighting – As with conventional cameras, proper lighting is crucial for action cams. A drone camera’s range of vision is severely limited by dim illumination, although it improves somewhat in bright light. For this reason, a drone camera has better range during the day than at night.

Despite this, the normal drone camera can see between 1,500 and 2,000 feet out during the day, provided there are no obstructions and the flight conditions are optimum. However, this estimate relies on the calibre of the drone’s camera. Cameras on higher-end drones will likely be able to see farther, while those on cheaper models will have a more limited field of view.

To identify a drone at night, we first need to find out how drones truly appear, what lights they have, and how far you can actually see them.

At night, all amateur drones must have a set of four navigational lights, two red and two green. In addition, commercial drone pilots need to carry a bright strobe light that can be seen flashing from at least 3 kilometres away. Here’s my comprehensive instruction on how to fly a drone at night.

Most drones seem like red and green dots in the sky, whereas professionally operated ones have a very bright (typically white) strobe light that may be seen flashing up to 3 miles away.

How can you know if a drone is watching you at night?

If you see red and green dots at night and hear the drone, it may not be spying. As a drone pilot, people think I’m recording them, but I’m really photographing city night photos. The simplest method to identify whether a drone is observing you at night is if its red lights are towards you and its green lights are away from you. The drone faces you.

However, the drone camera may record something else. If you can’t hear the propellers or see the drone’s direction, it’s too distant to spy on you (especially at night).

Finally, pick a drone that can cover a decent distance without losing video or picture connection. Most drones can fly a few hundred feet above and a quarter-mile from the pilot. This will ensure your drone won’t fly away. Drone pilots should also choose a downward-facing camera. Thus, you may monitor the gadget as it hovers overhead.