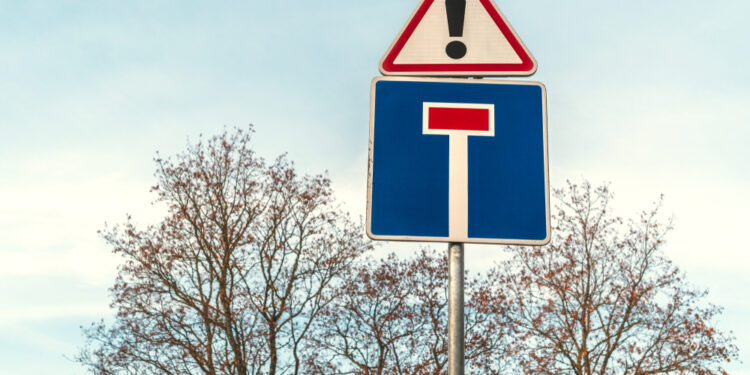 Brussels, (Brussels Morning)- Tomorrow, Tuesday, the new circulation plan of the City of Brussels will come into effect. However, the rollout is already causing confusion for some motorists today. In many places in the city, the new plan already seems to be in effect due to concrete blocks and new traffic signs that were unveiled a day, sometimes several, before the official entry into force of the plan.

The local implementation of the regional mobility plan Good Move is gradually becoming visible in the Brussels streetscape. “We have started unveiling all signs since Saturday,” explains Brussels alderman for Mobility Bart Dhondt (Green). “That continues throughout the weekend. It’s about 800 signs that need to be revealed and 200 that need to be covered or removed.”

This logistical feat causes confusion among motorists in many places in the city. Many of the new road signs are already visible, but are not yet followed everywhere. What about the old traffic situation?

“Residents, who know that the plan will only come into effect tomorrow, are still following the old traffic rules, while visitors and tourists are already following the new circulation plan due to the new signage and unknowingly,” note some residents of the Pentagon, to a BRUZZ reporter.

For example, many ignore the (new) ban on driving from Léon Lepagestraat towards the Varkensmarkt or many drivers still cross the Ijzerplein towards Koopliedenstraat and Antwerpselaan, despite the new concrete blocks and prohibition signs. “That creates dangerous traffic situations, sometimes with aggression,” it sounds.

There is also uncertainty in the Nieuwstraat district, where the direction of travel is reversed in Zandstraat. “The plan will officially only start on Tuesday, but the traffic signs have already been drawn up here,” says resident Arie van der Zwan. “On Friday night someone already took the plastic off. That creates an idiotic situation, because most residents still drive according to the old situation, while tourists and people from outside Brussels follow the new traffic signs.”

‘Follow the new signs as closely as possible today’

“Some people are already following the new signs, others find it a bit confusing,” Dhondt also notes. “But if everyone is careful and attentive to the changes and follows the new signs as closely as possible, it will be safe for everyone,” says the mobility ships, who understand the confusion for some people.

“That is why we have chosen to roll out the new circulation plan in a quiet period with little traffic. This long weekend is one of the quietest times of the year,” said Dhondt. “We are asking for a little flexibility from everyone this weekend. By tomorrow all signage will be organised according to the new schedule.”

To get that job done by Tuesday morning, the municipal services are busy this weekend, also to correct any unclear situations. Tomorrow morning at 6.30 am another important intervention will be performed, according to Dhondt. “Then we will place a number of flower boxes and other traffic filters.”

“In the course of the week, a few additional interventions will be made to make the new circulation schedule even clearer.” Additional markings and movable posts are planned.

According to Dhondt, it will not be due to prior communication. “It may always be that we have not been able to reach some people, but we have made sure that those who want to inquire can do so.”

“There was also a social media campaign with which we managed to reach 100,000 people and we organised about twenty neighbourhood meetings to raise awareness. For the past two weeks, signs have been placed on the site to guide people to the website , where they can also find all information about the directions that are going to change.”