Brussels’ chief rabbi against ban on slaughter without stunning 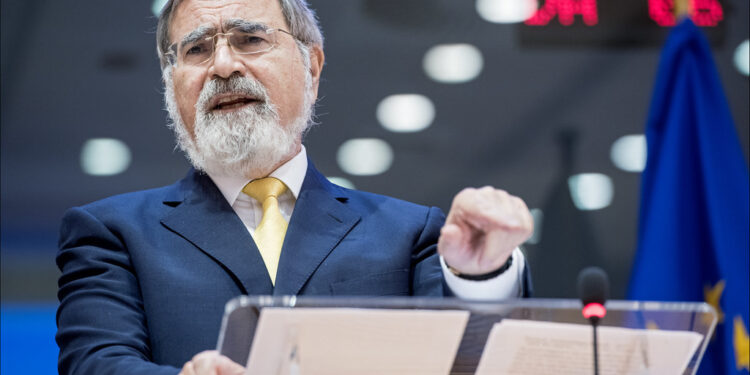 BRUSSELS (Brussels Morning) – Nine Jewish Belgians, including Brussels Chief Rabbi Albert Guigui, are appealing to the European Court of Human Rights against the Walloon and Flemish ban on slaughter without stunning.

Their lawyer Patrice Spinosi reported this on Tuesday. The nine Jewish citizens thus follow the Belgian Muslim community. In December, he already started proceedings at the human rights court, by the Belgian Muslim Executive (EMB) and the coordination council of Islamic institutions in Belgium (CIB).

The ban on slaughter without stunning has been in place in Wallonia since 2017 and in Flanders since 2018. There is currently no ban in Brussels, although the parties Groen, Open VLD and Défi do ask for it.

The Jewish and Islamic communities had already denounced the Flemish and Walloon legislation in their own country, but the Constitutional Court was unsuccessful. So now they are appealing to the European Human Rights Court in Strasbourg. The nine Jewish citizens based themselves on an earlier ECHR ruling from 2000, in which ritual slaughter was called “an essential element of the Jewish religion”.

The ritual slaughter is part of the imposed dietary requirements of Judaism, says lawyer Spinosi. “Neither the letter nor the spirit of the European Convention on Human Rights allows such a fundamental dimension of religious freedom to be curtailed in the name of so-called ‘animal welfare’.” The lawyer assures that “traditional Jewish slaughter methods limit animal suffering as much as possible.”

Spinosi expects a ruling from the ECHR within two to three years. For the sake of clarity, the European Human Rights Court is separate from the European Union and therefore also from the European Court of Justice, which is located in Luxembourg. At the end of 2020, the latter did give favourable advice on Flemish and Walloon legislation.