Here comes the Digitrain: ‘We want to make the elderly digitally stronger’ 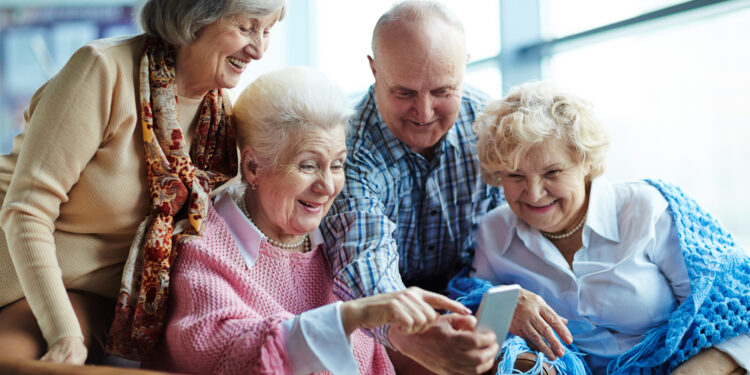 Brussels, (Brussels Morning)-  Together with several partners, the Brussels Elderly Platform is launching the Digitrain, which will run through Brussels in the coming months. The aim is to make the elderly more digitally skilled. Digidoctor on duty is Sara Van Zandycke.

How big is the digital divide?

Big. According to a recent report by BRUZZ, two out of three people over 55 feel that they have no or weak digital skills. Many elderly people do not see the computer and the smartphone as something that can help them. They are also afraid of scams.

Corona has accelerated the entire digital evolution. Think of online doctor’s appointments, the Covid Safe Ticket, the itsme app. Many elderly people are frustrated because there is no alternative. In some restaurants they no longer get a menu, but they have to order via a QR code.

How does the Digitrain project work?

We stop in the various Brussels municipalities. In the community centre or the local service centre we will give six workshops on the use of the smartphone. We always start with a session about the icons. For example, what does the cog mean?

The following workshops will be about making backups, storing photos in the cloud, QR codes and Payconiq, looking up information via Google and Google Maps.

At the end we will organise two digiccafés. The participants can then practice together with a few volunteers who have also received training in the meantime. It is the intention that the community centre or the local service centre takes over the project afterwards.

Where and when does the train stop?

We start this month in Brussels, Neder-over-Heembeek and Sint-Agatha-Berchem. In January it’s Anderlecht, Jette and Schaerbeek’s turn. In March we passed three other municipalities.

How much does it cost to participate?

Thanks to the subsidy of 46,000 euros from the Flemish government, we can keep the price very low. It varies per municipality but it will only cost a few euros to participate in a workshop or to make an individual appointment.