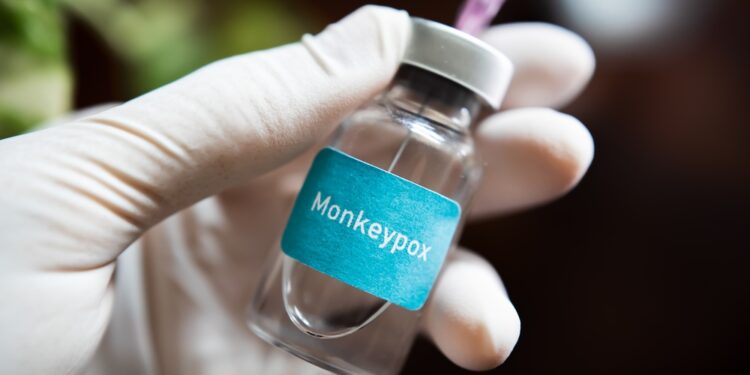 Brussels, (Brussels Morning)- From Thursday, four organizations in our country will be allowed to vaccinate male or transgender sex workers against monkey pox. Alias ​​vzw, the reception desk for these sex workers in Brussels, works together with the Sint-Pieterziekenhuis for the vaccination. “There are 200 vaccines available there, but our target group is almost twice as large”, says BRUZZ.

Last year, the Brussels non-profit association, with a reception desk at the Kolenmarkt, received about 450 to 500 sex workers. This only concerns men or trans persons. Alias ​​provides an open reception once a week, where sex workers can go with all kinds of questions, and a medical permanence twice a week. They also organise outreach work and individual counselling. So now it is one of the four organisations that are allowed to vaccinate against monkeypox. Health Minister Frank Vandenbroucke (Vooruit) asks that this happens as soon as possible, before the end of next week .

“We cannot vaccinate ourselves in our premises,” says spokeswoman Sophie of vzw Alias, “so we refer people to Sint-Pieterziekenhuis. We are also in contact with people who are at serious risk, for example due to a lowered immunity.” In recent weeks, outreach work has already been done for this, she says. “And whoever knocks on our door and is eligible for the vaccine, we send to the hospital.”

In an average year, Alias ​​gets to know up to 500 sex workers. “There are currently fewer than 200 doses available at Sint-Pieterziekenhuis, but our target group is almost twice as large,” says Sophie. Moreover, the Brussels hospitals that are allowed to vaccinate must also focus on male HIV patients. “We now see that many more people are waiting for the vaccine than people who don’t want it,” says Sophie. In recent weeks, a lot of questions have been received and people with symptoms also reported to the Alias ​​medical counter.

Of the 500 or so ‘known’ sex workers, not everyone receives permanent guidance from the non-profit organization. Some come regularly and are easier to reach, others only pass by occasionally with a spontaneous question. The non-profit organisation does not want to make a distinction between the two groups. “There are hardly any reliable statistics about sex work, especially in this target group,” says spokeswoman Sophie. “Some people have changed phone numbers or moved. Several sex workers have no permanent residence or papers in our country. We certainly won’t be able to reach everyone.”

Minister of Health Frank Vandenbroucke is also aware of this. “We don’t expect it to be easy,” he said during a news conference on Wednesday morning. He is currently providing 800 doses of vaccine for male or transgender sex workers across the country. Alias’ numbers seem to indicate that Brussels alone may need up to half that number. The organisation Espace P, which has also been given the opportunity to vaccinate, could not be reached on Wednesday for additional explanation