‘The monkeypox virus is humanising itself, and we would rather not see that’ 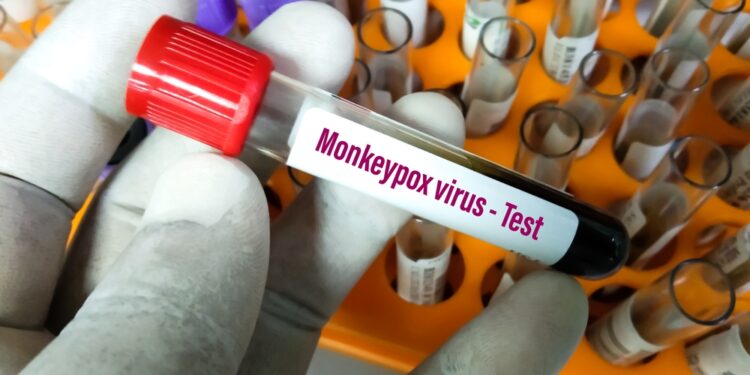 Brussels, (Brussels Morning)- The monkeypox is approaching Brussels. The virus has been known for some time, but the simultaneous outbreak in several countries is unprecedented. What do we know about it? And should we be concerned? An overview in five questions.

There are already 39 confirmed cases of monkeypox worldwide. There are also two cases in Belgium, one in Antwerp and one in Flemish Brabant. Both people are said to have met at a party, says VRT. The partner of the Antwerp patient also has symptoms, but it has not yet been confirmed that it concerns the monkeypox virus.

Monkeypox belongs to the same virus family as common smallpox, which used to kill millions of people. By the way, smallpox has nothing to do with chickenpox, which is actually a form of herpes. The symptoms appear about 10 to 14 days after the infection, and start with a flu-like feeling, fever, general unwellness and blisters on the skin. “These vesicles are then filled with purulent fluid and eventually heal by crusting,” says virologist Marc Van Ranst (KULeuven).

2. Where did this virus come from so suddenly?

Smallpox has been eradicated by vaccination. The monkeypox variant still circulates among animals, especially in West and Central Africa, and in this way jumps to humans via rodents or prairie dogs – rather than via monkeys. “A zoonosis is possible because we are increasingly breaking into the habitat of the animals,” says infectious disease specialist Jutte van der Werff (VUB). In recent weeks, however, most people have been infected by other people, not animals.

It is new that so many people in different countries are infected at the same time. “It may be that there is a variant of the virus that makes it more contagious for humans,” says Van der Werff. Marc Van Ranst does not rule that out either. “The virus is in the process of humanising itself, and we would rather not see that.”

3. How contagious is it?

The virus is transmitted by coming into contact with the blisters, or by large droplets, for example in saliva. Real physical contact already seems necessary, in contrast to, for example, the coronavirus, which can jump from host to host via small droplets in the air.

Still, Van Ranst is cautious. “At first it seemed that the coronavirus could only be transmitted via large droplets, but it soon became apparent that the small droplets – the aerosols – played a more important role. I do not dare to rule out that scenario completely here.”

If the virus turns out to be transmissible via aerosols, it will be more contagious than previously believed, but further research needs to be done. Just like the suspicion, it must be investigated that sexual contact can still play a role. Because although monkeypox is not a sexually transmitted disease per se, it mainly occurs in men who have sex with other men. That sexual contact is by definition close contact may be an explanation, but it is not yet clear why the infection between men and women is less than between men and men.

“That’s not too bad,” says Van der Werff. “There are some deaths, but mainly in Africa, where healthcare is less perfect, and where only the worst cases are reported.” As a result, the death rate of 1 percent is a very broad estimate. No one has died in the recent cases.

However, there is no cure for the virus. If it makes you very sick, you can’t do anything about it. However, it is possible to vaccinate high-risk contacts quickly with the regular smallpox vaccine. “As a result, you activate the immune system before the body is exposed to the virus,” says Van der Werff. This leads to the disease being prevented, or the symptoms being milder.

5. What measures must be taken?

People who contract the virus must be in isolation for 21 days, decided the experts from the various Belgian governments, who met this Friday afternoon in the Risk Assessment Group. A long period, but that is necessary because the virus has a long incubation period. High-risk contacts do not have to be in isolation, but must monitor themselves whether they develop symptoms.

There will be sensitization, especially among men who have sex with men as the virus circulates in that group. To this end, Care and Health will collaborate with the Sensoa expertise centre. Furthermore, people who have had several sexual contacts are also asked to be vigilant.

A lockdown such as with corona is not an issue. “But if this virus does not die out by itself, as we normally do, we will have to think about installing the smallpox vaccine, which also offers protection against this variant,” says Van der Werff.

Such a vaccination is an option, but for the time being a bit premature, says Van Ranst. “The best way to contain it is to distribute photos of the blisters, so that people can recognize it and respond appropriately. It is true that the patient was discovered in Flemish Brabant,” he says. “He saw my tweet with the photos in it, and came to have a sample taken.”