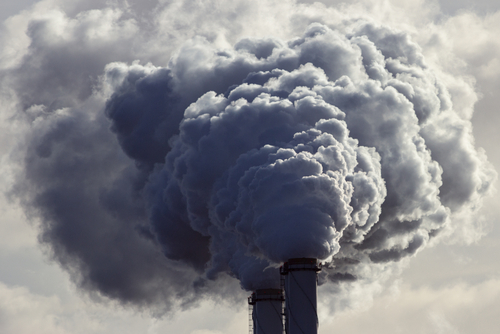 Brussels (Brussels Morning) Most EU countries are still affected by high concentrations of key air pollutants. The warning comes from the EU’s environmental watchdog, which notes that the vast majority of EU countries exceeded at least one or more of the EU’s legal limits for pollutants in ambient air in 2019.

The European Environment Agency’s (EEA) briefing coincides with the World Health Organization’s (WHO) update — the first since 2005 — of its Global Air Quality Guidelines, that define thresholds and set the limits for key pollutants that pose a risk to health.

The European Environmental Bureau (EBB), an environmental NGO, described the WHO’s guidelines as a “wake up call” urging policy-makers to “tighten EU air quality standards” and to expand the list to ensure that more pollutants are included.

“Air pollution harm us all, and reducing harmful emissions from all sectors should be a priority across EU policies – [otherwise] citizens will end up footing the bill with their own health”, Emilia Samuelsson, EEB’s Policy Officer for Air Quality and Noise, declared.

“Almost 80% of deaths related to PM22.5 could be avoided in the world if the current air pollution levels were reduced to those proposed in the updated guidelines”, the WHO said.

In central and eastern Europe, the burning of solid fuels for domestic heating and industry results in high concentrations of both fine and coarse particulate matter, as well as benzopyrene, a known carcinogen.

In addition, exposure to fine particulate matter causes cardiovascular disease, lung cancer and other diseases that can lead to premature deaths.

In southern Europe, pollutants emitted from human activities react in heat and sunlight to produce high concentrations of ground-level ozone, linked to cardiovascular disease and eye, nose and throat irritation.

Overall, despite the decline of fine particulate matter in Europe, the recorded volume remains above recommended levels.

Countries like Estonia, Finland and Sweden rank among those with the EU’s cleanest air.

When the maximum EU limit or target values are exceeded, the relevant authorities — such as a city councils — are instructed to implement air quality plans and measures to reduce levels of air pollutants as quickly as possible.

Germany has been persistently violating EU limits on air pollution, the EU’s top court said in a recent ruling that may see the country facing financial penalties should it fail to improve air quality in several of its larger cities.

In May, the European Commission delivered a plan setting targets to reduce pollution in the EU by 2030.

EEA data show that air quality in Europe improved in 2020, in part because lockdown measures to control the spread of COVID-19 led to a fall in transport emissions, but also thanks to favourable weather patterns. Nonetheless, air pollution still represents a major health risk for Europeans.

“We demand that the revised EU Ambient Air Quality Directives (AAQDs) at the bare minimum align to the new [WHO] guidelines and reflect the latest scientific evidence on the health and environmental impacts of air pollution, to ensure that people’s right to clean air is respected,” said EEB’s Samuelsson.

Today, the Commission launched a public consultation to collect views on the revision of the EU rules on ambient air quality. The consultation remains open until 16 December.