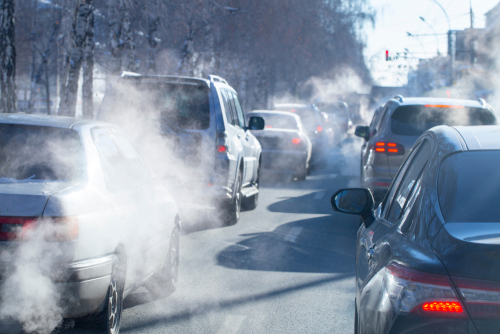 Brussels (Brussels Morning) EU citizens living in urban areas are at risk from the high concentration of harmful air pollutants, the European Environment Agency (EEA) has revealed in a recent report. The EEA study shows that a large majority of the bloc’s population is exposed to nasty air particles above the levels cited by the latest World Health Organization’s (WHO) guidelines.

Real-time data from Copernicus has reinforced the EEA analysis, which unveiled a high concentration of air pollutants throughout the EU’s urban zones with direct links to health impacts.

According to the EEA, 97% of the urban population in all 27 EU countries is exposed to levels of fine particulate matter above the WHO guideline norms.

High levels of particulate matter result from energy use, road transport, industry and agriculture. In particular, with 94% of the urban population exposed to nitrogen dioxide levels above the WHO guidelines, predominantly because of emissions from road transport.

Still, a staggering 99% of the urban population is exposed to levels of ozone above WHO guidelines. These are linked to emissions of nitrogen oxides and volatile organic compounds, which include methane and high temperatures associated with climate change, the EEA study revealed.

In 2019, air pollution continued to account for a significant proportion of premature death and disease in Europe. In the EU alone, 307,000 premature deaths were linked to exposure to fine particulate matter in 2019, despite this representing a decrease of 33% compared to 2005.

EEA’s report finds that human activities are the key driver behind the dangerous levels of particulate matter, nitrogen dioxide and ozone in urban air.

Thermal power plants — mostly coal-run — cause the greatest harm to people’s health and the environment, with the EEA study revealing that 24 of the top-30 polluting facilities are thermal power stations.

Overall emissions of all key air pollutants across the EU declined in 2019, maintaining the trend seen since 2005. Nevertheless, the EU agency considers that results need to greatly improve. Delivering clean and safe air for Europe still requires ongoing and additional reductions in emissions.

Looking ahead, the EEA report says more action is required by all member states if they are to meet future emission reduction commitments under the EU’s National Emissions reduction Commitments Directive (NEC Directive).

“There is no safe level of air pollution, everyone is exposed and everyone is vulnerable. But air pollution is largely preventable because, as EEA highlights, human activities are a key driver of pollutants emissions”, Health and Environment Alliance (HEAL)’s EU Policy Coordinator Sophie Perroud told Brussels Morning.

Describing the EEA numbers as “quite shocking”, the NGO HEAL believes that good news is coming in the shape of the European Commission’s revision of EU air quality rules. Running against time, this “huge opportunity”, which can “prevent death and disease”, is a wake-up call for concerted action, according to the NGO.

The new revision is expected to align EU standards more closely with WHO recommendations. The Commission’s public consultation is open until 16 December, with the legislative proposal expected to be tabled in the second half of 2022.

Under the European Green Deal’s Zero Pollution Action Plan, the Commission has set the 2030 goal of reducing the number of premature deaths caused by PM2.5, a specific particulate matter, by at least 55% compared with 2005 levels.

Reacting to the level of air quality across EU cities, the NGO European Environment Bureau (EEB) believes that the EU needs to “establish clear priorities” differentiating between actions that need to be supported and those that don’t merit consideration at this time.

“This should be reflected both in the EU debate but even more so in what member states are choosing to do at national level. The Commission has the responsibility to make sure that every cent we spend now is spent on the right thing. We don’t have time to lose fixing tomorrow what could be done right today”, the ERB has declared.

In a critical plea for action, Sophie Perroud added: “HEAL is calling on EU, national and local policy-makers to urgently and quickly embark on the Clean Air for Health Transition by 2030. EU air quality standards urgently need to be fully aligned with WHO’s recommendations and the latest science”.