After the pandemic the EU must invest in young people: The future is theirs

by Chiara Gemma
in Opinion 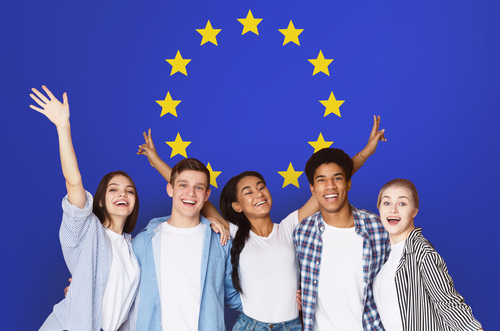 Brussels (Brussels Morning)The European Year of Youth 2022 is certainly a challenge to be undertaken as it constitutes an opportunity for redemption for future generations, which have been the most penalised by the pandemic’s impact and repercussions in every context of life: from school to family, from work to sport.

If we had to summarise in a few words the last two years, which have been as overwhelming as unexpected, we would all probably think of words such as ‘fear, uncertainty and anxiety. The effects of lockdowns and the restrictions on employment, education and social life in general, and across all age groups, have been severe and are likely to leave a mark for years to come.

We have also witnessed its consequences on language and words we use on daily basis. Paradoxically, even the meaning of the word ‘positive’ has reversed its rationale, opening up a space in the vocabulary to negativity. Even exchanges, handshakes, hugs, contamination, proximity have been violently engulfed by the chasm of this dark period, allowing words such as distancing, illness, closure or fear to emerge. This is the opposite of sociality and socialisation, so dear to that very age group (minors, adolescents, young people and young adults), which is however incapable of compensating for them through the surrogate remedies of technology and remote communication systems usually practised by young people at home, school, university and work.

This is also confirmed by research and studies on the effects of the pandemic, especially among young people. These reveal the presence of rather incisive symptoms, fragilities and repercussions that influence the development of personality and the psychological educational process: depressive states, aggression, self-exclusion, juvenile distress, the development of addictions, even excessive acts of self-harm, social anxiety, eating disorders and sleep disorders.

The pandemic has exacerbated and highlighted a series of problems that are also difficult to analyse and in some ways to address for parents, families and children.

The question has been asked at all levels: what to do? How to respond to an unforeseeable and inevitable juvenile distress, how to counteract it, how to intervene in order to restore a status of sociality – broadly and especially among young people – that is oriented towards life and vitality, which itself requires mental, cultural, physical and social ‘openness’? These are questions that constantly resonate. What is to be done?

It is not easy, but I have found glimmers of light towards a way out in the various measures and actions contained in those plans and strategies capable of decisively responding to the pandemic, not only from the health point of view but also from the social, economic and psychological one.

Politics can set a good example that can lead the way and guide future generations. From the Green New Deal to investments in new technologies, Europe is working to build a political and social space tailored to the needs of young people. Who better than them can embody the needs, flexibility and speed of the digital revolution? And who has been loudly calling for a clean world, respectful towards the environment and the ecosystem, by taking the streets all over Europe through events called ‘Fridays for Future’?

The words of the European Commission’s President, Ursula von der Leyen, in her proposal to proclaim 2022 the European Year of Youth are comforting and certainly harbinger not only of good intentions but also represent a powerhouse of opportunities. However – this is the warning that the 5 Star Movement issues – we need to be consistent with actions.

It is unthinkable to design a technological future if the advantages of this technology are only placed in the hands of a few powerful players; it is contradictory to devote 2022 to young people while endorsing labour market reforms that sponsor precariousness and low wages. It is inconsistent to invest billions of euros in environmental transition and then endorse nuclear and gas, which are not green by definition. Consistency is needed.

Thanks to the Resolution adopted by the European Parliament on 14 December, we have already achieved important steps forward: young people will be fully involved in key consultation processes such as the Conference on the Future of Europe and awareness-raising campaigns will be launched for a more inclusive, green and digital Union. In addition, some additional €8 million have been allocated to the Erasmus+ and European Solidarity Corps programmes. It is the beginning, but more needs to be done.

As our beloved President David Sassoli said: “The problems of others are “my” problem; finding solutions, together, is making politics”.