A US-sponsored Summit on Democracy that excludes the Middle East 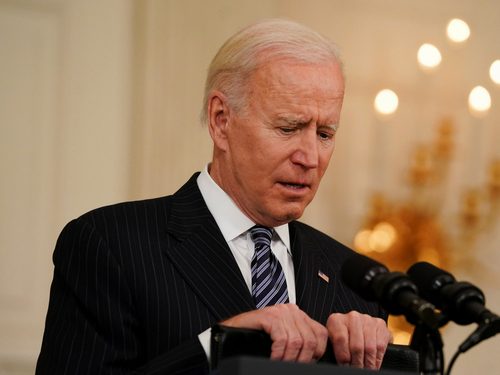 Brussels (Brussels Morning) US President Joe Biden will fulfill his campaign promise to hold a Summit on Democracy on 9 and 10 December. The agenda will address a 14-year global decline in democracy, focusing on improving political and human rights.

It is notable that the list of invitees from the Middle East is anaemic, even skewed, with representation from Israel and Iraq but none from Turkey or Egypt. Critics argue that the summit is mere political manoeuvring intended to discuss defences against authoritarian nations like China and Russia and not a serious move to address real issues of political and human rights.

Surely, the ongoing decline in political and human rights is an appropriate and timely topic for global leaders to take on right now. That being the case and in order to ensure a successful outcome, participation in the summit should be more inclusive and not confined to nations recognised by the organisers as democracies. A discussion on political and human rights that is based solely on a nation’s form of government or strategic partnership with Washington is doomed to fail. Critics are right to question the sincerity of the summit organisers.

US no longer in the top ten

With the world watching, each nation should look no farther than its own borders in addressing its policy shortcomings. While the US clearly wants to regain its status as a beacon of freedom, President Biden should be cautious about his nation’s standing on the democratic scale. The Democracy Index of 2020 shows that the US doesn’t even rank among the top ten most democratic countries, having been consigned to the “flawed democracy” category since 2016. Recent political and human rights concerns in the US show why.

For perspective, some US government representatives have pushed to reduce women’s access to reproductive medical care. Clinics that offer free contraception and access to abortions are being shut down. The State of Texas has made it a criminal offence to assist a woman seeking an abortion. Is this any different than Iran’s new population law that outlaws sterilisation and the distribution of free contraception? Two different forms of government pass very similar laws that impact on the human rights of women.

If the summit is genuinely intended to deal with political and human rights issues, then the conference should be renamed the “Summit on Political and Human Rights” and a more broadly representative group of countries, including those in the Middle East, should be invited. However, this might draw unwanted attention to the US and its flaws.

Clearly, the “Summit on Democracy” title was carefully crafted to reflect the role of the US as an authority on democracy, regardless its shortcomings. One way or another, with the summit just around the corner, we will soon find out if the summit lives up or down to its name.